For a very long time, there has been speculation about Akshay Kumar's nationality, with many claiming that he holds Canadian citizenship. 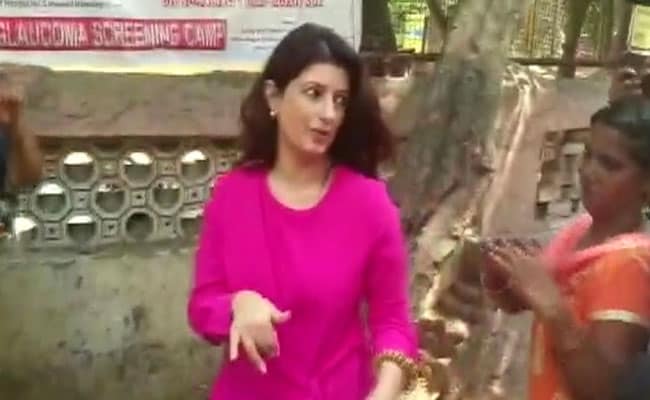 Actor-author Twinkle Khanna cast her vote at a booth in Mumbai's Juhu.

Several prominent Bollywood stars came out to vote on Monday as polling was held for six Lok Sabha seats in Mumbai, but Akshay Kumar was not seen among them.

Akshay Kumar was in news only a few days ago with his "non-political" interview with Prime Minister Narendra Modi.

But the hero of films like "Kesari", "Toilet: Ek Prem Katha" and "Airlift" which had nationalistic overtones, seemed to have given voting a miss.

Questions sent to Akshay Kumar's spokespersons about whether he voted were not responded to.

For a very long time, there has been speculation about the actor's nationality, with many claiming that he holds Canadian citizenship.

His actor-author wife Twinkle Khanna cast vote at a booth in Juhu on Monday, but Akshay Kumar wasn't seen with her.

Last month PM Modi had tagged Akshay Kumar in a tweet, asking him to encourage voting.

"The power of a vote is immense and we all need to improve awareness on its importance. Thoda Dum Lagaiye aur Voting ko Ek Superhit Katha banaiye," the PM had said.

To which, Akshay Kumar had responded saying the "true hallmark of a democracy lies in peoples participation in the electoral process. Voting has to be a superhit prem katha between our nation and its voters."

On Monday, the actor came in for trolling.

"Asking for a friend. Which polling booth can Akshay Kumar be spotted casting his vote?" asked journalist Rana Ayyub on Twitter.