The letter was seized during nationwide raids conducted by the Pune police in connection with the case following which five activists were arrested. 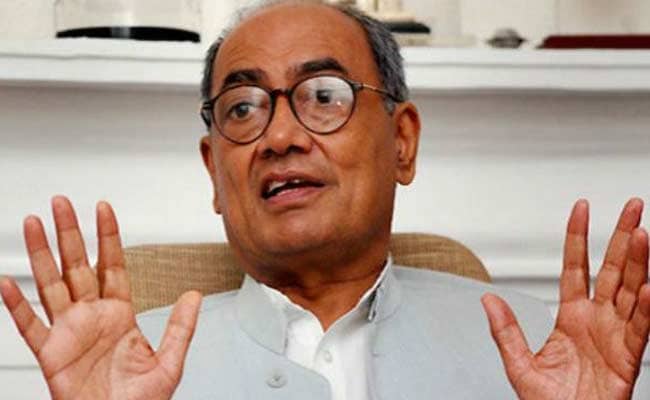 Digvijaya Singh had denied the allegations when they came up and had dared the government to arrest him.

A letter containing what police claimed was the phone number of senior Congress leader Digvijaya Singh has been made part of the charge sheet against 10 activists arrested for alleged Maoist links in connection with the Elgar Parishad case, a senior official said today.

The letter was seized during nationwide raids conducted by the Pune police in connection with the case following which these activists were arrested, he said.

The letter in question, dated September 25, 2017, is addressed to Surendra (who police claim is Surendra Gadling) by one comrade Prakash, the official said.

A portion of the letter reads, "We must intensify nationwide protests using students. State forces will be soft against students which will gradually put the state at a disadvantage while acting against us. Congress leaders are very much willing to assist in this process and have also agreed to fund further agitations.... In this regard, you can contact our friend at (the phone number of Digvijaya Singh as per police)".

A senior police official said the number in the letter is also available on the website of the Indian National Congress.

A senior official associated with the probe said the letter had been made part of the charge sheet and is under investigation.

Asked if Digvijaya Singh would be summoned for questioning, senior police officer in Pune Suhas Bavche said several numbers had cropped up in the letters seized during the raids and the ownership of these numbers and their roles in the case are being probed.

"If someone's role is established, whatever is needed to be done as part of the investigation, will be done," Mr Bavche said.

Shivaji Bodakhe, Joint Commissioner of Police (Law and order) informed that, as of now, no notice had been issued to any one.

Digvijaya Singh had denied the allegations when they first surfaced and had dared the government to arrest him.

Talking to reporters in Satna in Madhya Pradesh on September 4, Digvijaya Singh had said, "If I am guilty, I challenge the Centre and the state government to arrest me."

The other activists arrested in the case are Telugu poet Varavar Rao, Arun Ferreira, Vernon Gonsalves, Sudha Bharadwaj. While Gautam Navlakha has been booked, he not taken into police custody as yet.

The prosecution had yesterday told court that charges related to "sedition and waging war against the state" had been added against all the accused arrested for Maoist links in connection with the Elgar Parishad.

Government pleader Ujjwala Pawar had told court yesterday that sections 124 (A) (sedition), 121 (waging or attempting to wage war) and 121 (A) (conspiracy) of the Indian Penal Code (IPC) had been added to the charge sheet.

The Elgar Parishad was held on December 31, 2017 in Pune to commemorate 200 years of the 1818 Koregaon Bhima battle in which East India Company forces, comprising a large number of Dalit soldiers, defeated the Peshwa army.