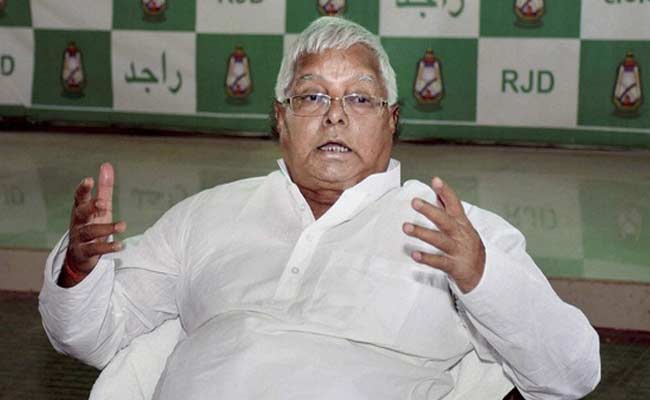 Patna: RJD chief Lalu Prasad today condemned the terror attack on the army camp in Uri sector of Jammu and Kashmir in which at least 17 soldiers were killed and 20 injured and held Prime Minister Narendra Modi's "negligence" responsible for the turn of events.

"Our soldiers are being killed because of Prime Minister Narendra Modi's negligence. Jammu and Kashmir is the integral part of our country which is gradually slipping out of control," Mr Prasad alleged.

BJP reacted sharply to Mr Prasad's comments and suggested him not to politicise such tragic incident.

"It (the terror attack) is a very tragic and sad incident. There are people from Bihar among those who were killed in the attack. The Prime Minister has taken the incident as a challenge and said that he will take revenge," Leader of Opposition in Bihar's Upper House Sushil Modi said.

Promoted
Listen to the latest songs, only on JioSaavn.com
"Don't politicise it and make statements as the issue concerns our nation's identity and security," he appealed to Mr Prasad.

Case Against UP Boy, 13, For Alleged Rape Of 5-Year-Old: Police