Shashi Tharoor had posted a rare Hindi tweet, along with a photo of Uttar Pradesh Chief Minister Yogi Adityanath and his ministers in the river, saffron cloths around their waist at the Kumbh Mela in Prayagraj. 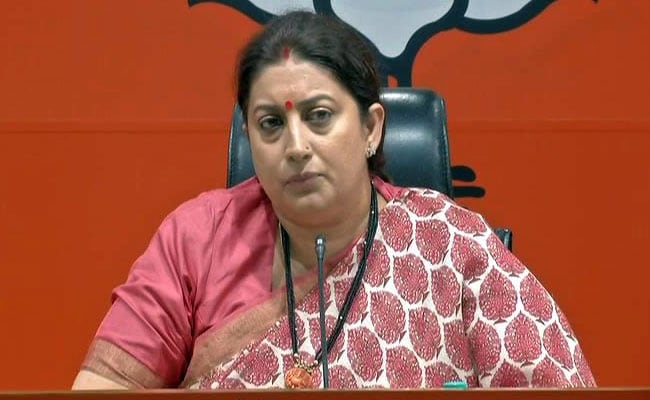 Yogi Adityanath took a ceremonial dip at the Kumbh Mela in Prayagraj. (PTI)

Congress leader Shashi Tharoor's dig at Yogi Adityanath's holy dip with his cabinet at the Kumbh Mela provoked a stinging comeback from Smriti Irani, who demanded a clarification from "Rahul Gandhi who strategically wears a Janeu".

It started when Shashi Tharoor posted a rare Hindi tweet, along with a photo of Uttar Pradesh Chief Minister Yogi Adityanath and his ministers in the river, saffron cloths around their waist at the Kumbh Mela in Prayagraj, formerly Allahabad.

Yogi Adityanath had shifted his cabinet meeting from state capital Lucknow to the Kumbh on Tuesday and followed it up with a dip in the Sangam or the holy confluence of three rivers, Ganga, Yamuna and the mythical Saraswati.

"You want to keep the Ganga clean and also wash sins there. Everyone is naked in this sangam. Jai Ganga Maiya Ki," Shashi Tharoor tweeted.

Smriti Irani, the Union Textile Minister, retorted: "For Shashi Tharoor to make a statement which tantamounts to a religious slur. The question needs to be asked of Rahul Gandhi, who strategically wears a 'Janeu' (sacred thread) only when there are polls, as to why he has allowed this attack on beliefs of millions of Hindus across the world."

Yogi Adityanath, a monk-turned-chief minister, is seen in various images wading into the river for the ceremonial dip, flanked by sadhus and ministers.

The BJP-led government in Uttar Pradesh has pulled out all the stops to make the annual Kumbha fair a grand event, even though it is only the Ardha (half) Kumbh. Opposition parties like the Congress have accused Yogi Adityanath, one of the BJP's star campaigners, of trying to exploit the mega religious gathering in India's most politically critical state ahead of the national election due by May.

"Politics and religion are not far apart," Yogi Adityanath told reporters on the criticism. 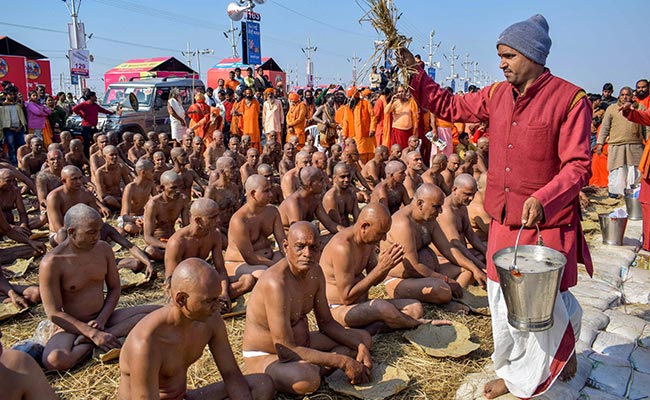 After the cabinet meeting, the chief minister announced a massive Rs 36,000 crore Ganga expressway project to connect western UP's Meerut to Prayagraj. Yogi Adityanath claimed it would be the world's longest expressway at about 600 km.