This is the first time during Yogi Adityanath's tenure as Chief Minister that his ministers held an official meeting outside Lucknow.

Uttar Pradesh Chief Minister Yogi Adityanath held a cabinet meeting at the Kumbh Mela in Prayagraj today. The Chief Minister then took a holy dip at the confluence after that.

This is the first time during Yogi Adityanath's tenure as Chief Minister that his ministers held an official meeting outside Lucknow. The move is the latest among a series of measures by the Chief Minister to hype up the festival, which is among the world's largest religious gatherings, at Prayagraj. 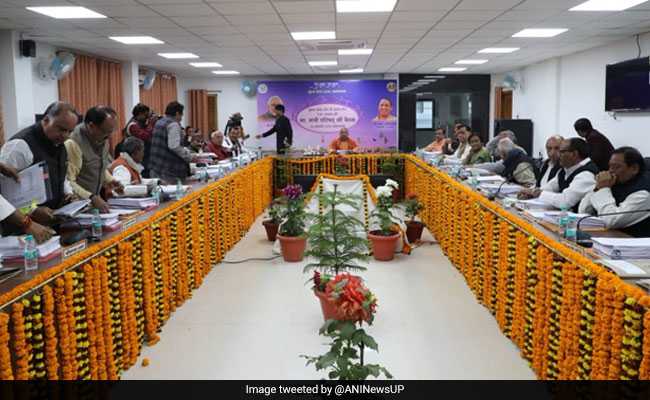 This year's event comes at a critical time for the BJP. The national elections, due by May, are expected to be a close contest after the party lost power in three heartland states in the recent assembly elections.

In Uttar Pradesh -- the 80-seater state that decides who rules in Delhi -- a twist has been added by the freshly minted alliance between Akhilesh Yadav and Mayawati. 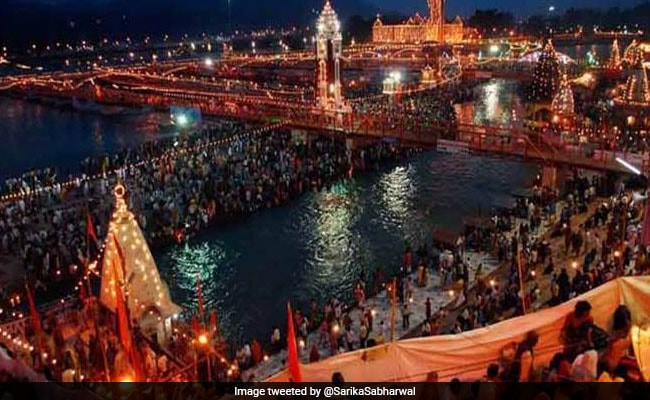 Kumbh Mela is among the world's largest religious gatherings at Prayagraj.

A third factor is the entry of Priyanka Gandhi Vadra as the general secretary of the Congress in eastern part of the state, where lies Prime Minister Narendra Modi's constituency Varanasi and Yogi Adityanath's home turf Gorakhpur. The party is expecting to capture the upper caste votes that went to the BJP in 2014 general elections, during which it won 71 of the state's 80 seats.

Yogi Adityanath, the biggest mascot of the BJP after Prime Minister Narendra Modi, is expecting the Kumbh mela to add a vital push to the BJP campaign.

The build-up has been detailed, complete with a change of name of the city from Allahabad to Prayagraj. The Central approval for the name change came earlier this month, barely a fortnight before the Kumbh mela was due to begin.

At a cost of Rs 4,200 crore, the Chief Minister has transformed a smaller, "ardh" or half Kumbh Mela into a full version of the festival.

Already, politicians have been flocking to the festival. On Sunday, Samajwadi chief Akhilesh Yadav took a dip at the Kumbh.

PM Modi and Congress president Rahul Gandhi are both expected to attend the festival before it wraps up in March.

There is also speculation that Priyanka Gandhi could also visit the Kumbh before or after taking charge in Lucknow.

On January 31 and February 1, the right-wing Vishwa Hindu Parishad is expected to hold a meeting at Kumbh Mela in Prayagraj to decide the way forward on the Ram temple issue. Right-wing groups are demanding that the government bypass the legal process through an executive order or ordinance and begin construction at the disputed site.