Lok Sabha Election 2019: Priyanka Gandhi, who joined politics earlier this week after years of speculation, will also reportedly hold a joint press conference with her brother and Congress chief Rahul Gandhi in Lucknow. 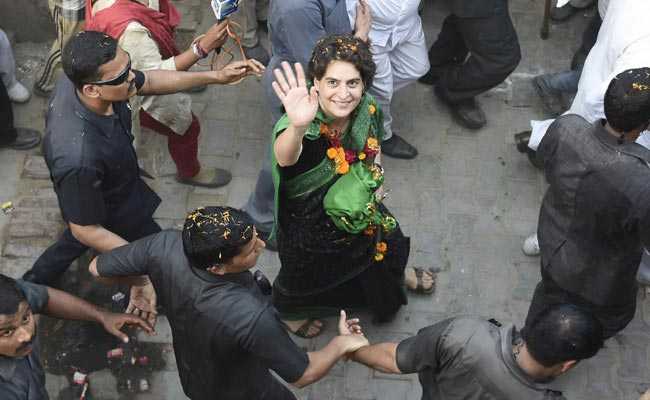 Priyanka Gandhi Vadra is likely to take charge as Congress general secretary in-charge of eastern Uttar Pradesh on February 4 after a holy dip in the river Ganges at the Kumbh Mela, reported news agency IANS.

Ms Gandhi, who joined politics earlier this week after years of speculation, will also reportedly hold a joint press conference with her brother and Congress chief Rahul Gandhi in Lucknow.

Priyanka Gandhi Vadra and Rahul Gandhi have zeroed in on February 4 for the holy dip on the occasion of Mauni Amavasya and the second Shahi Snan at the sacred Sangam in Prayagraj, IANS quoted sources as saying.

But if they don't get a chance to take a holy dip on February 4, they will opt for February 10 on the occasion of Basant Panchami and the third Shahi Snan, IANS reported.

In 2001, their mother, UPA chairperson Sonia Gandhi had attended the Kumbh Mela and taken a holy dip.

Her older brother said she had been reluctant to enter politics earlier because of her children.
Priyanka Gandhi, 47, will be in charge of the party's campaign for the national election in eastern Uttar Pradesh, which includes the constituencies of Prime Minister Narendra Modi and Chief Minister Yogi Adityanath. Congress leader Jyotiraditya Scindia will be in charge of western UP.

Priyanka Gandhi may have joined the party now but for years she had been part of its key decision-making and has also been in charge of the constituencies of her mother Sonia Gandhi and brother - Raebareli and Amethi.