Kerala floods: In Chalakudi, the walls of the John home are heavily mottled, the furniture destroyed and books ruined

Suresh John, owner of the house in Chalakudi, said it will take a long time to rebuild everything

The scale of devastation after Kerala's worst floods in a century is emerging as families return to their homes after days in relief camps. Suresh John and his family left their two-storey house in Chalakudi when the floodwaters rose 10 feet, almost submerging the building. They were forced to leave the dog.

Their pet survived. But hardly anything else did.

The walls of the John home are heavily mottled, the furniture destroyed and books ruined. A film of mud and slush covers every floor and available surface. 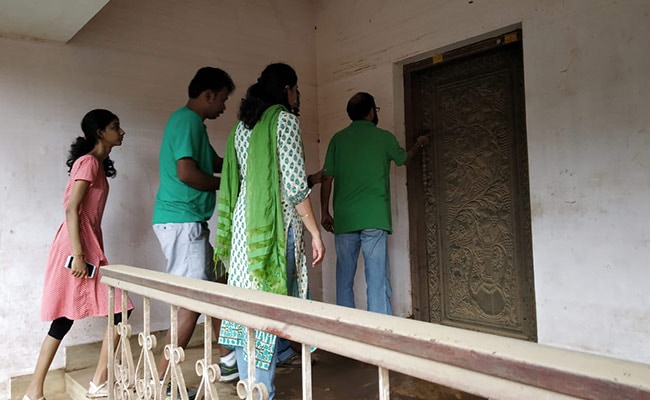 The family in Kerala's Chalakudi returns home from a relief camp, only to find the destruction the floodwaters have left behind

"We had to leave the dog here. We planned to stay upstairs, but the water kept rising, so we had to leave," said Elsa John.

The teen could barely speak as she talked about losing all her books and clothes. "All books are lost -- old books, new books, files, papers. My sister's, mine... I only hope I was able to keep my certificates safe," said the teen. 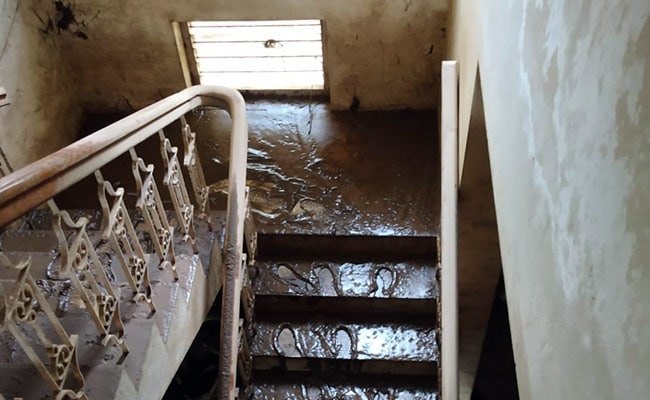 A film of mud and slush covers every floor and available surface.

Paul Chacko, a relative who accompanied the father and daughter on their grim homecoming, said, shaking his head in disbelief: "Just to clean up all this is a Herculean task."

His wife added: "A to Z, we have to do everything."

191 have been killed and lakhs driven out of their homes since the torrential rain started in Kerala on August 8. More than 400 people have died since the monsoon started in June. 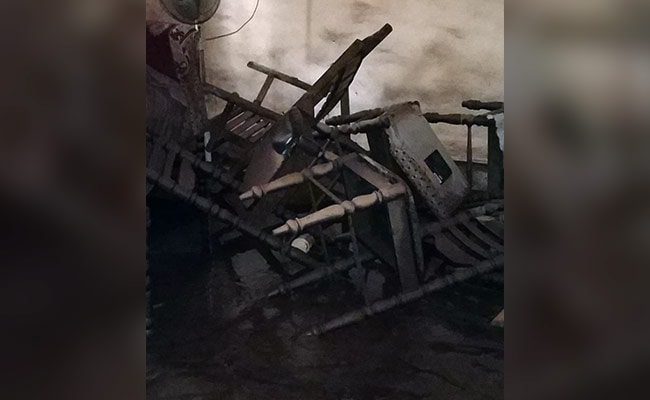 The floodwaters rose 10 feet, almost submerging the building in Chalakudi.

As rescue workers and military personnel continue their rescue mission, dozens of helicopters have been dropping tonnes of food, medicine and water over areas cut off due to damaged roads and bridges.

Chalakudi is in Thrissur, which, along with Chengannur, is among the worst hit parts of Kerala. Rescuers are searching inundated houses where they have found the bodies of those trapped by the fast-rising floodwaters. Thousands are still believed to be trapped in Chengannur.