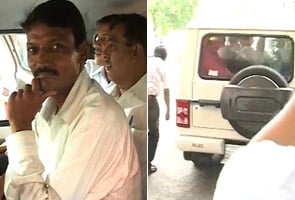 Rajendra, who has a house in Arham farm, was called for questioning on Tuesday. He was arrested later, they said.

He was later produced in the court of Additional Chief Judicial Magistrate A I Rawal for remand after being charged by the CBI with criminal conspiracy, destruction of evidence and wrongful confinement.

Rajendra is the brother of Surendra Jirawala, who is a BJP corporator in the Ahmedabad Municipal Corporation.

Promoted
Listen to the latest songs, only on JioSaavn.com
Sohrabuddin and his wife Kausar Bi were allegedly shifted to the Arham farm from Disha farm on the night of November 25, 2005. Gujarat Police had said the next day that Sohrabuddin was killed in an encounter.

Kausar Bi was allegedly kept at the Arham farm for the next few days before she was killed, her body was burnt and ashes were thrown in Narmada river near Bharuch.