BJP leader was reacting to the special CBI court's recent decision acquitting Amit Shah and others in the case. 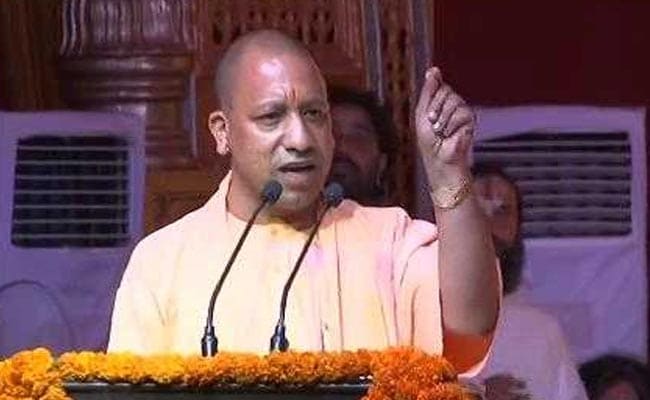 Yogi Adityanath expressed gratitude to the court for its judgement. (File)

The Bharatiya Janata Party (BJP) leader was reacting to the special Central Bureau of Investigation (CBI) court's recent decision acquitting Mr Shah and others in the case.

"The Congress plays with the security of the country for its gains. It has become clear from the CBI court's judgment which acquitted all accused and termed it a political conspiracy," Yogi Adityanath told reporters here.

"Rahul Gandhi should apologise to the country and clear his party's stand on backing a terrorist (Sheikh)," he said, adding that the Congress leadership was involved in a conspiracy to send Mr Shah to jail but the court's judgment had exposed them.

"Congress leader Sonia Gandhi and the then PM Dr Manmohan Singh were involved in the conspiracy. The Congress was working in the interest of a terrorist, who was fighting against the country. They did lobbying in his favour and had sent Shah to jail," he said.

"I express my gratitude to the court for revealing the truth," he said, adding that the way Congress was discharging its political responsibilities was "shameful".

The special CBI court in Mumbai had on December 21, 2018 acquitted all 22 accused in the killing of Sheikh, his wife Kausar Bi and his aide Tulsi Prajapati in alleged fake encounters by Gujarat Police between 2005 and 2006 citing insufficient evidence.

Mr Shah, who was the minister of state for home in Gujarat at the time, was arrested briefly in 2010 in the case before being discharged in December 2014.

Yogi Adityanath further said that in 2014, the Supreme Court and earlier the Bombay High Court had acquitted the BJP chief but it was clear that the Congress was targeting Mr Shah and Prime Minister Narendra Modi.

His remarks come at a time when the BJP-led National Democratic Alliance (NDA) government at the centre is being accused by the opposition of interfering in CBI affairs.

On the AugustaWestland deal, Yogi Adityanath alleged that "Christian Michel and others were related to Congress top leadership", while he dismissed the claims made by Rahul Gandhi that he had in his possession a purported audio tape of a Goa minister on the Rafale deal.

There was no immediate response from the Congress on the allegations made by the Uttar Pradesh chief minister.