"Focus Is, Will Be Films Only": Kareena Kapoor Denies Entering Politics 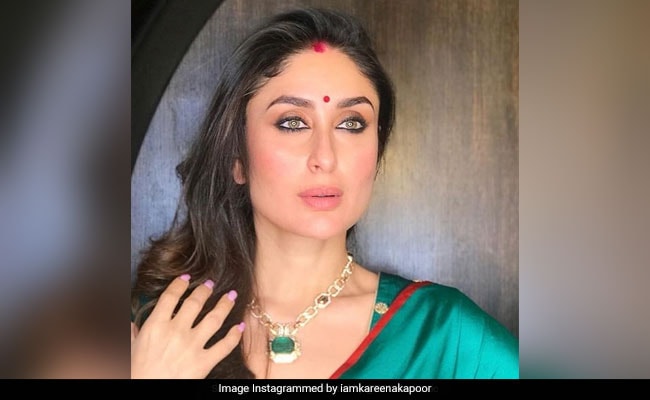 Yogendra Singh Chauhan claimed Kareena Kapoor would be the most suitable candidate to defeat the BJP.

Hindi film actor Kareena Kapoor Khan has no plans of entering politics and she would rather focus on acting, she clarified amid reports that some local Congressmen corporator in Madhya Pradesh have requested the party chief to field her from Bhopal in the upcoming national election.

The 38-year-old actor said she has neither been approached nor she has any interest in politics.

"There is no truth to these reports. I have not been approached for this whatsoever. My focus is and will be films only," the 3 Idiots actor said in a statement.

In a letter to Congress chief Rahul Gandhi, a local Congress corporator, Yogendra Singh Chauhan, suggested the actor would be an apt choice to defeat the BJP in Bhopal.

"If Kareena Kapoor fights from Bhopal, we can hope to snatch the seat long held by the BJP," Mr Chauhan said.

Kareena Kapoor Khan is married to actor and colleague Saif Ali Khan, son of former Indian cricketer late Mansoor Ali Khan Pataudi, the titular nawab of Pataudi who was born in Bhopal. Mr Pataudi had contested elections from Bhopal in 1991 on a Congress ticket but lost to the BJP.

Taking a swipe at Mr Chauhan, Madhya Pradesh BJP spokesman Rajnish Agrawal dubbed the corporator's move as "entertaining".
"We are too strong in Bhopal Lok as we have worked for its all-round development," he told news agency PTI.

The BJP leader also mocked Mr Chauhan's pitch saying "it proves that the Congress has no leader to take on the BJP in Bhopal".