Justin Bieber Arrives In India For Concert In Mumbai

After rocking the stage in Dubai on May 6, Justin Bieber, the singer of "Love Yourself" is set to perform in Mumbai today 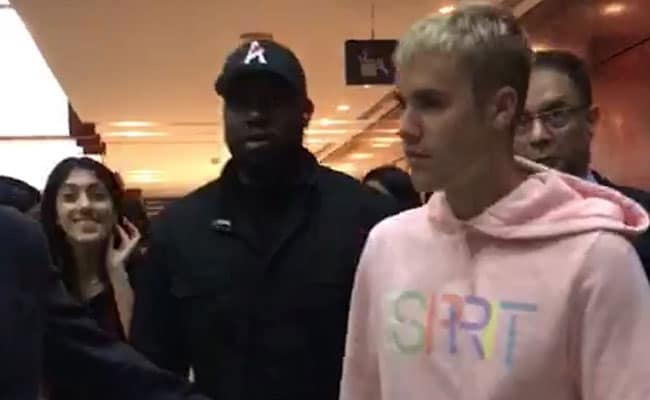 Mumbai: International pop sensation Justin Bieber arrived in Mumbai today for his maiden concert in India. The 23-year-old singer arrived at the Kalina airport at around 1:30 am in a chartered flight along with his crew. The singer, who was sporting a pink hoodie, rushed out of the airport, where a group of fans had gathered to welcome him, to a waiting car which took him to his hotel in Lower Parel. He was accompanied by Bollywood star Salman Khan's personal bodyguard Shera.

His backstage crew, along with his security team, is already stationed at the hotel.

After rocking the stage in Dubai on May 6, the "Love Yourself" singer is set to perform in Mumbai today.

#justinbieber at the Kalina airport in Mumbai, India

A rage among the youth, especially teenagers, Bieber is touring to promote his critically-acclaimed album "Purpose". Titled the "Purpose World Tour", around 45,000 'Beliebers' are expected to be in attendance for the Grammy- winning singer's first-ever show in India at Navi Mumbai's DY Patil Stadium.

Navi Mumbai Police Commissioner Hemant Nagrale said 500 security personnel along with 25 officers have been deployed to ensure proper security at the stadium, with drone cameras keeping a constant watch. 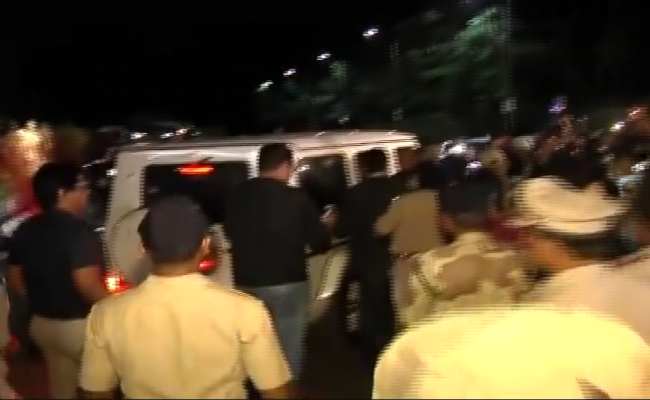 Justin Bieber arrived at the Kalina airport around 1:30 am in a chartered flight

Apart from local police and the singer's own security detail, Salman Khan's bodyguard Shera has also been roped in to ensure Bieber's safety.

The opening acts for Bieber's gig include artistes such as DJ Sartek, DJ Zaeden and Norwegian DJ Alan Walker. The performances will begin at 4 PM with DJ Sartek opening the concert.

Bieber is getting a royal treatment during his India stay. He will be treated to cuisines representing 29 states, people close to the organisers of the tour said. After the show, Bieber is expected to attend a private yacht party with live karaoke singing.

The "Cold Water" singer is expected to spend the next two days visiting New Delhi, Jaipur and Agra.

Promoted
Listen to the latest songs, only on JioSaavn.com
Bieber will be showered with custom-made presents which include an exclusive autographed sarod from Ustad Amjad Ali Khan, a Swarovski crystal-studded jacket by Rohit Bal and an Anamika Khanna-designed floor length chanderi silk jacket for his mother Pattie Mallett.

Bieber embarked on the tour on March 9 last year in Seattle and will close it on September 24 this year in Tokyo.