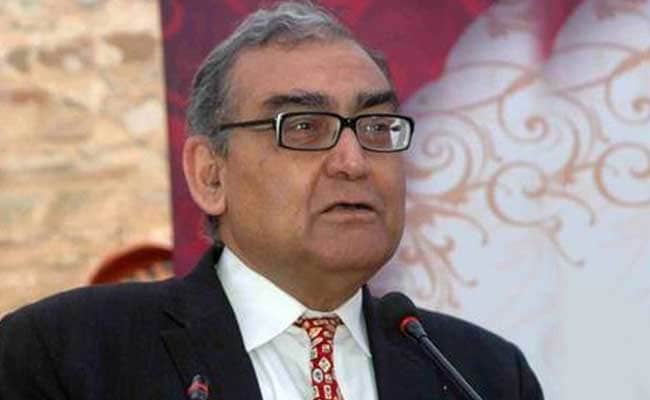 Supreme Court closed the contempt case against Justice Markandey Katju after his apology.

New Delhi: With an unconditional apology, former Supreme Court judge Markandey Katju today extricated himself from a contempt case over a blog post in which he had sharply criticised the court's verdict in the 2011 rape and murder of 23-year-old Soumya in Kerala.

In a Facebook post, the outspoken former judge had commented that the Supreme Court had seriously "erred in law" by reducing the sentence of the convict in the Soumya case.

The Supreme Court described the post as "a serious assault on judges, not on judgements" and initiated a contempt case.

"I don't bother," Justice Katju declared in the courtroom during a hearing. The judges then asked for him to be escorted out of the court.

Justice Katju said in an affidavit today that he respects judicial proceedings and the judiciary.

Soumya, an employee of a Kochi shopping mall, was assaulted by Govindachamy, a serial offender in an empty ladies' coach of Ernakulam-Shoranur passenger train on February 1, 2011.

Govindachamy grabbed her by the hair and hit her head repeatedly against the wall of the coach. After she was thrown off the moving train, he jumped after her, hit her with a stone and raped her in her wounded state.

She died five days after the savage attack.

Govindachamy was sentenced to death by a trial court and the order was confirmed by the high court in 2013. In September, the Supreme Court cancelled Govindachamy's death sentence saying there was no evidence that he had caused Soumya's death or had intended to kill her.

Promoted
Listen to the latest songs, only on JioSaavn.com
In November, the top court dismissed petitions to review its judgment

Commenting that there had been a "gross error of judgement", Justice Katju wrote that the court had relied on hearsay.