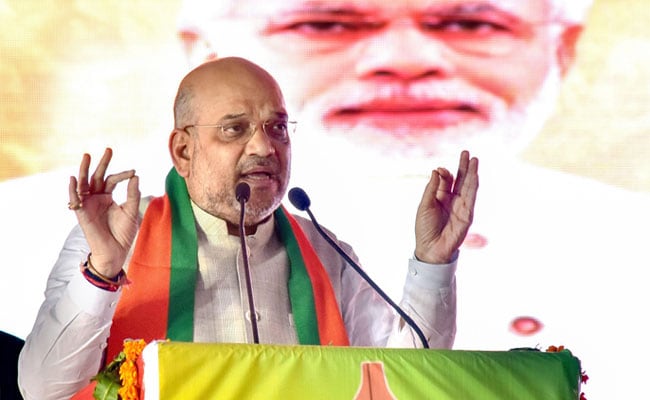 Amit Shah congratulated Prime Minister Narendra Modi for his "reformist zeal" that has led to this jump.

BJP president Amit Shah on Wednesday described India's jump in the World Bank's ease of doing business ranking as a matter of pride for every Indian, and also took a dig at the Congress saying under its "economist" prime minister Manmohan Singh, the country had slipped to 142nd rank.

In a series of tweets, Mr Shah congratulated Prime Minister Narendra Modi for his "reformist zeal" that has led to this jump.

"It is a matter of pride for every Indian that India has made yet another phenomenal jump in the World Bank's Ease of Doing Business rankings! We are now placed 77th compared to 100th last year," Mr Shah said.

He attributed the "phenomenal jump" in the ranking to a series of policy reforms undertaken by the PM Modi government that had contributed towards the creation of an environment that encourages industry, innovation and entrepreneurship.

Mr Shah further said when doing business becomes easier, many more youngsters get the opportunity and support to showcase their entrepreneurial skills.

"Glad that this has been happening in India over the last four years. More power to our budding young and self-made entrepreneurs," he said.

The Narendra Modi government has simplified processes, quickened clearances and decision making, come down heavily on corruption and middlemen. All of this augurs well for the growth trajectory of the nation, he said.