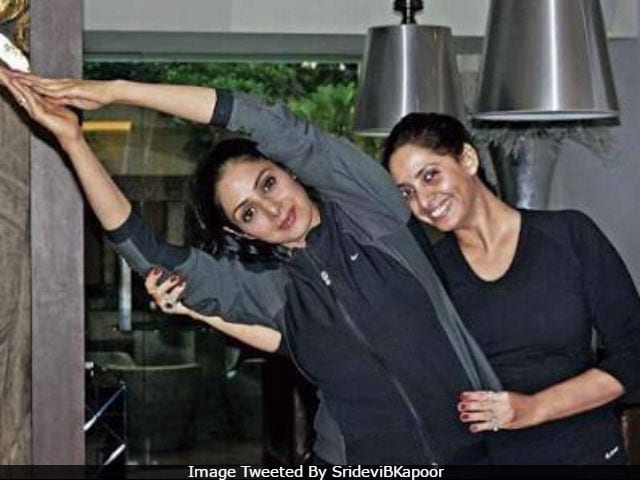 New Delhi: On International Yoga Day, Bollywood celebrities like Amitabh Bachchan, Shilpa Shetty, Malaika Arora, Soha Ali Khan, Bipasha Basu and Karan Singh Grover (who did couple yoga), are posting inspiring pictures and videos on social media. Now, Sridevi is the latest star to join her colleagues in filling up B-Town's Yoga Day album. A couple of hours ago, the 53-year-old actress shared pictures of herself from her yoga session. "On International Yoga Day," Sridevi captioned her post, also featuring her trainers. The actress has been doing yoga for over a decade now. Recently, she introduced her daughters Jhanvi and Khushi to her trainer Manish Tiwari. Here's Sridevi's post on International Yoga Day.

Promoted
Listen to the latest songs, only on JioSaavn.com
DNA earlier reported that Sridevi follows a particular diet and practices yoga regularly. "Sridevi has always followed a strict diet and does yoga and functional training, which is why she is always glowing and looks so fresh all the time. She is also careful about her diet before the shooting of every film. She is very concerned about what she eats - a lot of water and no junk food for her. Srideviji is also a vegetarian and that helps in keeping her slim," trainer Manish Tiwari told DNA.

Of her daughters yoga regime, Mr Tiwari told DNA that Jhanvi, who is prepping for her Bollywood debut, does freehand, Surya Namaskar and other core exercises while Khushi is flexible with various yoga postures. 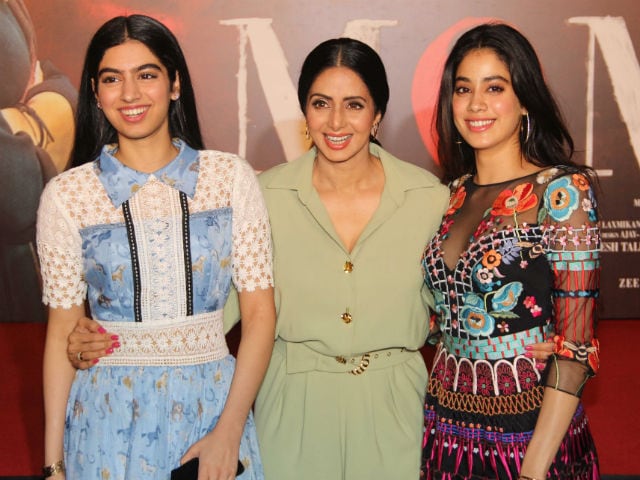 Check out Sridevi's picture with Jhanvi and Khushi. Sridevi is currently awaiting the release of her forthcoming film MOM, co-starring Pakistani actress Sajal Ali, Nawazuddin Siddiqui and Akshaye Khanna. MOM is produced by her filmmaker husband Boney Kapoor and is scheduled to hit the theatres on July 7.