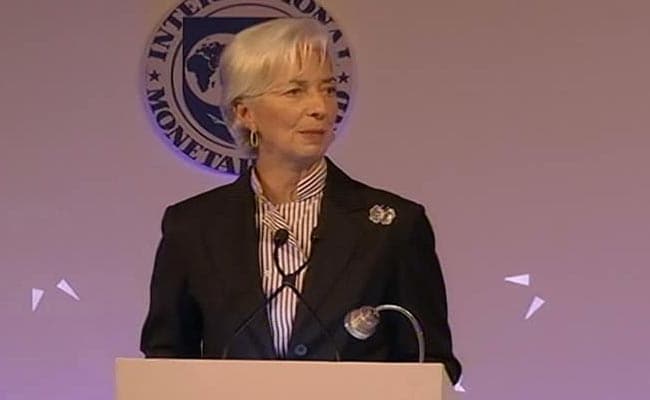 Christine Lagarde also announced that the IMF will open a new Regional Training and Technical Assistance Center for South Asia.

New Delhi: With young workforce and continuing policy reform, India has not only emerged as the fastest-growing economy, but its stars also shine bright amid the current global gloom, International Monetary Fund (IMF) Managing Director Christine Lagarde said on Saturday.

"It's fitting we meet in India," said Lagarde in her remarks at at "Advancing Asia" summit in Delhi. "It's the world's fastest growing large economy, on the verge of having its largest, youngest ever workforce -- and, in a decade's time, set to become the world's most populous country."

"India stands at a crucial moment in its history -- with an unprecedented opportunity for transformation. Important reforms are underway. Think, for example, of 'Make in India' and 'Digital India'. With promise of more reforms to come, India's star shines bright."

Lagarde also said, Asia remains home to two-thirds of the world's poor, many of whom live in India. To address that and also make Asia's 4.4 billion people realise their full potential, she listed six priorities:

- Providing amenities like water, sanitation and electricity, with better infrastructure

- Tackling the challenge of climate change.

India has been working on several of these initiatives, said Lagarde, like the plan for universal access to banking services by 2018.

"Through the Pradhan Mantri Jan Dhan Yojana scheme, over 210 million previously un-banked people have opened a bank account since August 2014, with social transfers paid directly," she said, lauding the scheme.

"Then with Aadhaar system, India has come up with a groundbreaking way to deliver targeted subsidies. Almost one billion people have Aadhaar numbers, and the potential to use this for delivering payments and other services -- including for women -- is tremendous."

Lagarde also announced that the IMF will open a new Regional Training and Technical Assistance Center for South Asia, which will be its first fully-integrated institution and a model for future capacity development work.

Indian officials said capacity development at the central and state levels in fiscal policies can enhance revenue mobilisation and help in the development of policies for more effective financial management. This is expected to help economic development and inclusive growth.

It will benefit other member countries of the IMF in the region -- Bangladesh, Bhutan, Maldives, Nepal, and Sri Lanka -- with support from external partners like Australia and the Republic of Korea.