The two countries have zeroed in on a list of achievable items that would help the UK showcase the benefits of leaving the European Union while also allowing India to forge new bilateral ties. 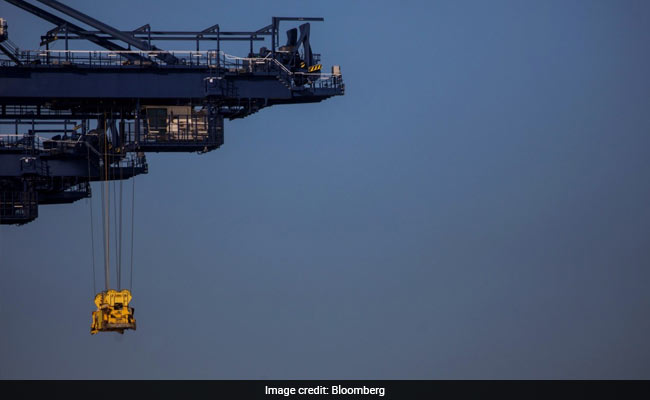 This would be the first major free trade agreement for India since 2011. (Representational)

India and the UK are intensifying talks to remove non-tariff barriers and foster greater market access as they work to stitch together the South Asian nation's first major free trade pact in a decade.

The two countries have zeroed in on a list of achievable items that would help the UK showcase the benefits of leaving the European Union while also allowing India to forge new bilateral ties after Prime Minister Narendra Modi's government pulled out of a multilateral Asia trade pact in 2019, according to people with the knowledge of the matter in the capital, New Delhi.

They expect to finalize an interim agreement by the end of the year that would give British medical devices and agricultural products such as apples, quinces and pears access to Indian markets, while widening the scope of employment in the UK for Indian seafarers and nurses, the people said, asking not to be identified as the matter is still under discussion.

Under pressure from exporters, India has been in talks over early harvest deals with the UK, U.S. and the EU -- some of its major trading partners -- but until now, only Britain has shown interest. And unlike many of India's other trade talks which have lingered for years without an outcome, there is a strong chance of a deal with the UK given the needs of both the sides, the people said, noting these negotiations have progressed much faster than others.

A spokesperson at the British High Commission in New Delhi didn't immediately respond to an e-mail and a text message. Call and text messages sent to the spokesman at India's trade ministry remained unanswered.

The initial deal would form part of the broader free trade agreement which would slash tariffs on a range of items, facilitate investments and give access to services and goods in a bid to increase bilateral trade. The U.K. and India want to double trade between their two countries by 2030, up from over $15.4 billion in 2019-20.

This would be the first major free trade agreement for India since 2011 when it signed a comprehensive deal with Malaysia, though a minor FTA was inked with Mauritius in February.

Despite championing free trade in global forums, the Modi government has been turning inwards over the last few years, first announcing review of all the existing free trade agreements over concerns that they led to more imports than exports, and then raising tariffs to support domestic industries. Soon after being elected for second term with a thumping majority, the Modi government opted out of the Regional Comprehensive Economic Partnership.

Since then, India has worked on reviving bilateral trade relations with major export destinations such as the EU, the U.S., and Australia to offset the expected loss, while it tries to woo investors looking for alternative destinations to China for their supply chains.

Earlier in May, Prime Minister Boris Johnson and PM Modi pledged a "quantum leap" in their relationship and launched an enhanced trade partnership to boost exports and resolve market access issues.

The proposed agreement, one of the high-priority deals Johnson is hoping to secure -- along with Australia, New Zealand and the US -- is expected to resolve long-pending demands including allowing British legal firms access to the Indian market and a social security pact to ensure India's skilled professionals don't have to pay certain taxes in the UK if they're being paid domestically, the people said.

Still, contentious issues remain, including high Indian tariffs on alcohol and automobiles. The UK wants the removal of tariffs including a 150% levy on whiskey and 125% duty on imported cars, while India is seeking "data secure nation" status. Areas including e-commerce, public procurement, financial and banking services have yet to be discussed, the people said.