PM Modi and Pakistan President Hussain are attending Asian Summit SCO for the first time after both countries were were admitted as members of the Beijing-based Shanghai Cooperation Organisation in 2017. 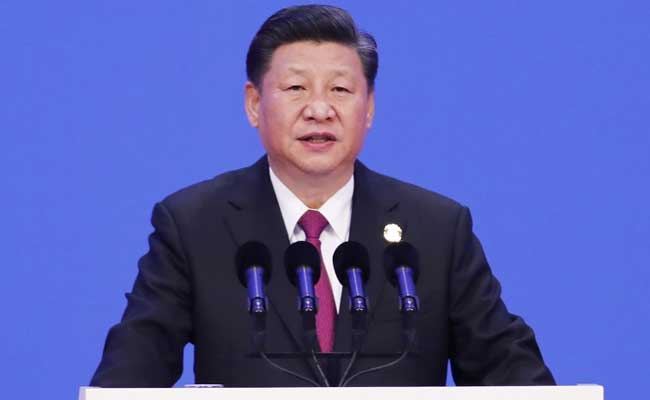 Qingdao: The entry of India and Pakistan into the Shanghai Cooperation Organisation would bolster its strength, Chinese President Xi Jinping said today as he welcomed Prime Minister Narendra Modi and Pakistan President Mamnoon Hussain to the eight-member grouping.

Prime Minister Modi and Pakistan President Hussain are attending Asian Summit SCO for the first time after both countries were were admitted as members of the Beijing-based Shanghai Cooperation Organisation (SCO) last year.

Xi Jinping, also host of the 18th SCO summit, in his opening remarks said that the presence of Prime Minister Modi and Pakistan President Hussain at the meeting here in the east Chinese port city was "of great historic significance."

"The SCO enjoys strong vitality and momentum of cooperation," Xi Jinping said, attributing the organisation's standing to the Shanghai spirit. He called for the pursuit of common, comprehensive, cooperative and sustainable security.

"We should reject the Cold War mentality and confrontation between blocs and oppose the practices of seeking absolute security of oneself at the expense of the security of other countries, so as to achieve security of all," he said.

He said countries should work for promoting open and inclusive cooperation for win-win outcomes.

"We should reject self-centered, short-sighted and closed-door policies. We should uphold WTO rules and support the multilateral trading system so as to build an open world economy," Xi Jinping said amidst a looming trade war between China and the United States over tariffs.

Equality, mutual learning, dialogue and inclusiveness between cultures should be championed, so that "we overcome cultural misunderstanding, clash and supremacy through exchanges, mutual learning and coexistence," said Xi Jinping.

He called for adhering to extensive consultation, joint contribution and shared benefits in global governance, steadily reforming and improving the global governance system, and pushing all countries to jointly build a community with a shared future for humanity.

"We should bridge the gap in development and promote shared prosperity," he said.

He also called for efforts to give full play to the role of the SCO-Afghanistan Contact Group to facilitate peace and reconstruction in war-torn Afghanistan.

"China will set up a 30-billion-yuan (USD 4.7 billion) equivalent special lending facility within the framework of the SCO Inter-bank Consortium," he said.

He said in the next three years, China will provide 3,000 training opportunities of human resources development for SCO member states to enhance public understanding of and support for the SCO family.