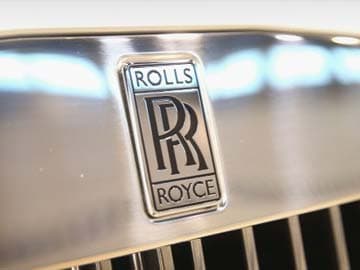 London: The arrest of an India-born businessman and his son as part of a probe by the UK's Serious Fraud Office (SFO) into allegations of bribery at aerospace and defence major Rolls-Royce has shaken the corridors of power in Britain.

Multi-millionaire Sudhir Choudhrie and his son Bhanu, well-known as major political donors to Deputy Prime Minister Nick Clegg's Liberal Democrat party, were arrested and questioned for several hours on Wednesday before being bailed without conditions.

A spokesperson for the duo said they "deny all wrongdoing and are cooperating fully with the investigation". Britain's coalition partners Liberal Democrats are now under the spotlight over their close links with Mr Choudhrie, known to friends as Bunny. He has given the party over 500,000 pounds since 2010 and over one million pounds since 2004.

The entrepreneur, who moved to the UK in 2002 and is now based at a 5-million pound apartment in London's posh Chelsea neighbourhood, had been on a list of nominations from Mr Clegg's office to be a Liberal Democrat peer in the House of Lords, but his name mysteriously did not go forward in 2013.

His son Bhanu manages the family business, C&C Alpha Group, as its chief executive. The group runs hospitals and care homes across the UK among a string of other ventures, including real estate.

Personal links with the Choudhrie family are set to further embarrass the Liberal Democrats as it emerged that Mr Clegg and his wife Miriam, hosted their family charity Path to Success at Lancaster House, a UK government building, in 2011.

The Choudhries have regularly attended other events alongside Mr Clegg and other senior Liberal Democrats, including Simon Hughes, the Liberal Democrat Justice Minister, who received a 60,000-pound donation from Mr Choudhrie last year.

Promoted
Listen to the latest songs, only on JioSaavn.com
A Liberal Democrat spokesperson said the party was aware of the allegations but could not comment while the investigation is ongoing. The SFO is probing whether Mr Sudhir Choudhrie was an intermediary used by Rolls-Royce, two people familiar with the situation told the Financial Times newspaper.

According to some media reports, Indian authorities are believed to have recently dropped a separate investigation into Mr Choudhrie as part of a probe into deals done by Italian consortium Finmeccanica. No charges were brought against him and he strongly denied all wrongdoing.