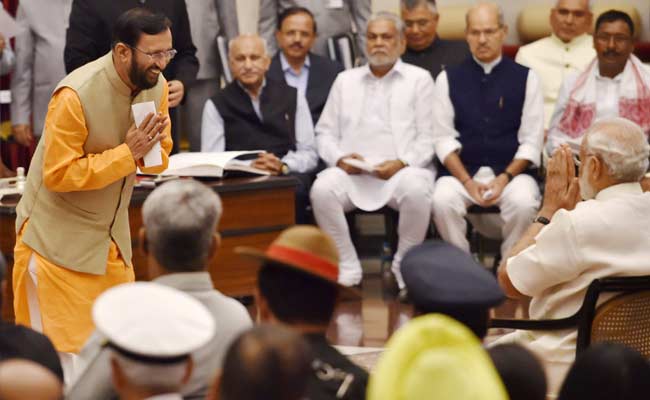 New Delhi: Environment minister Prakash Javadekar was the first to take oath in a crucial expansion of Prime Minister Narendra Modi's council of ministers on Tuesday morning. He has been promoted to Cabinet rank. 19 new ministers were sworn in after him.