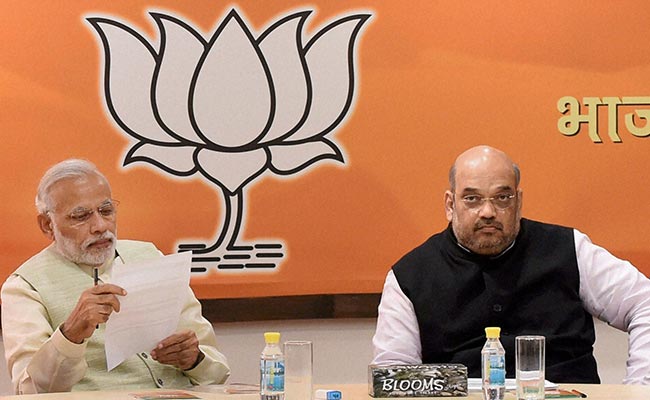 PM Narendra Modi has said expansion of his council of ministers will reflect "budget focus and priorities".

New Delhi: The 19 leaders who took oath today as new ministers at the Centre, were picked after an exhaustive vetting and selection process to find the best talent, sources said. Prime Minister Narendra Modi said the expansion of his council of ministers will reflect "budget focus and priorities".

Sources said leaders were assessed for the value they would bring to the council of ministers and asserted that today's expansion marks a firm departure from the usual routine of frequent changes based on caste, religion and other political considerations, though the list reveals a deft political balance.

The sources said it is a firm endorsement of developmental politics that the prime minister champions and that the selection was based on the new ministers' professional expertise, experience at both the Centre and states and the "youth factor."

The new ministers, they said, will be "strategically deployed" to further the priority areas of the government. PM Modi had laid out a clear "selection framework" saying "doers and performers" must be brought in to deliver on his vision of development and good governance and take forward his central priority of 'gaon, garib and kisan (village, the poor and the farmer)'.

The list of new ministers reveals a mix of professional expertise. While P P Chaudhary (BJP) is a senior Supreme Court advocate with over four decades of experience in constitutional litigation, Subhash Ram Rao Bhamre (BJP) is a well-known doctor with a super specialisation in cancer surgery and MJ Akbar (BJP) is a well-known journalist turned politician.

Arjun Ram Meghwal is a former bureaucrat from Rajasthan and Anil Madhav Dave is a published author and environmental activist.

Faggan Singh Kulaste and Vijay Goel have been central ministers, while Ramesh Jigajinagi, Purshotam Rupala, Jasvantsinh Bhabhor and Mahendra Nath Pandey have served as senior ministers in their states. They are all BJP leaders.

There is also fresh, young talent in Apna Dal's Anupriya Patel, 35, and the BJP's Mansukh Mandaviya (BJP), who has worked in the agriculture sector in Gujarat.