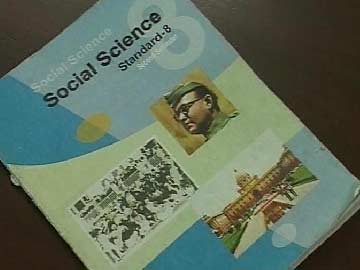 Ahmedabad: "Japan dropped a nuclear bomb on US during World War 2", "Mahatma Gandhi was assassinated on October 30, 1948" - these are just two of the many factual errors in textbooks published by the Gujarat government for state-run schools.

This is not where these textbooks, meant for Classes 6 to 8 and published by Gujarat Council of Educational Research and Training (GCERT), stop. They go on to say, "Bal Gangadhar Tilak brought out an English newspaper called the Marathi", "Proportion of poisonous gas CO3 has increased due to cutting of trees" and "The neighbouring Pakistan is an Islamic Islamabad Nation".

The class 8 social science textbook, in particular, has over 120 factual, spelling and grammatical mistakes.

The students and their parents have been left fuming.

"This clearly is the reflection of the competency of the writers of the book and even competency of the translators... there should have been some semblance of sensibility while clearing the draft of these books," said Nirav Thakkar, Principal, A G High School in Ahmedabad.

An embarrassed state government has ordered a probe but the books haven't been withdrawn.

"We have set up a two member committee to look into these errors and make changes immediately. We are also initiating action against the panelist who had vetted the books," State Education Minister Bhupendrasinh Chudasama said in a statement.

But academicians claim it's too late. "What is surprising is why basic checks were not carried out before circulating the books? Books for classes 6, 7 and 8 have been out in the market for quite some time now and the state government did nothing to spot it also," said Vasant Bhatt, Director, school of languages.

Promoted
Listen to the latest songs, only on JioSaavn.com
Looking at the errors in the textbooks meant for these schools, it seems that the education department isn't actually taking Chief Minister's diktat on promoting English medium schools seriously.

All Regional Languages Must Be Promoted: Home Minister Amit Shah