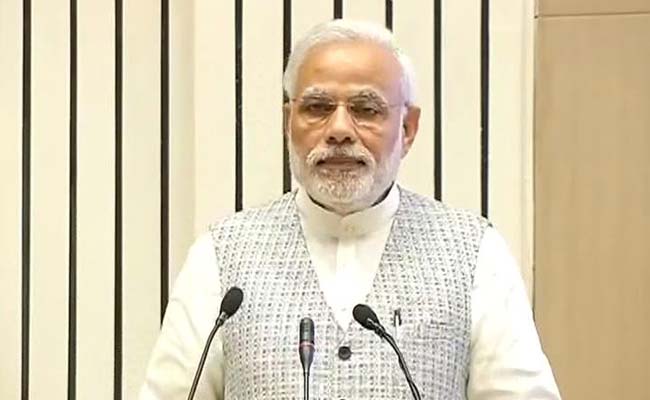 In a major reprieve for farmers hit by unseasonal rain and storms, Prime Minister Narendra Modi today announced that compensation for crop damage has been raised and it will be easier to claim financial support from the government.

"The amount of compensation has been increased to 1.5 times. If earlier a farmer was getting Rs 100 as compensation, now he will get Rs 150, if it was Rs 1 lakh, he will get Rs 1.5 lakh... a 50 per cent increase," the prime minister said, speaking at the launch of a micro-finance bank and regulator.

Over a dozen debt-laden farmers have committed suicide in recent weeks after unseasonal storms damaged the winter crop in large parts of northern India. Over 10 million hectares of crops were damaged, but the government says there is no clear link to the suicides.

On Tuesday, union minister Nitin Gadkari toured many of the worst affected areas, and said, in an appeal to farmers, "Don't commit suicide. The government is with you, the prime minister is with you."

The Modi government is battling perception that it is anti-farmer, as it attempts to push a bill to make land acquisition easier for industry and to develop roads, ports and power stations, among other infrastructure projects.

PM Modi has argued that the land bill would help create rural jobs, and accused the opposition of spreading lies.

Promoted
Listen to the latest songs, only on JioSaavn.com
Amid concerns within the ruling BJP about growing rural anger against the government ahead of polls in states like Bihar, the party's leadership conclave last weekend focused on the land bill and addressing negative perceptions around it.

The party discussed an outreach plan where a team of national and state-level BJP leaders will travel across the country to dispel doubts and fears that the land bill will only benefit industry and not farmers.