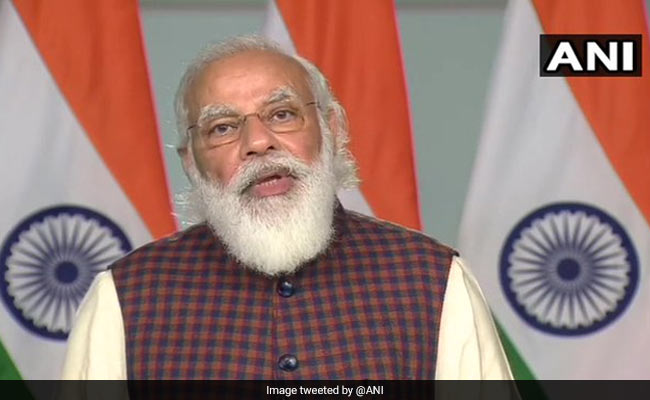 Prime Minister Narendra Modi today said production-linked incentives similar to those for electronic manufacturing will be offered for high-efficiency solar modules to boost the generation of electricity from renewable sources which has the potential to generate an annual business of $20 billion.

"There are huge renewable energy deployment plans for the next decade," he said, adding that these are likely to generate business prospects of the order of around $20 billion per year.

"Today, India's renewable power capacity is the fourth largest in the world. It is growing at the fastest speed among all major countries," the PM said.

PM Modi said that after the success of Production Linked Incentives (PLI) in electronics manufacturing, "we have decided to give similar incentives to high-efficiency solar modules".

Stating that ensuring "ease of doing business" was the utmost priority, he said a dedicated project development cell has been established to facilitate investors.

Even when it was not affordable, investments were made in renewable energy. Now, investments and scale are bringing costs down, PM Modi said.

Noting that in the last six years, India has been travelling on an unparalleled journey, the prime minister said: "we are expanding our generation capacity and network to ensure every citizen of India has access to electricity to unlock his full potential".