Raj Tarun disguised himself to watch the first day, first show of Allu Arjun's Duvvada Jagannadham in the theatre 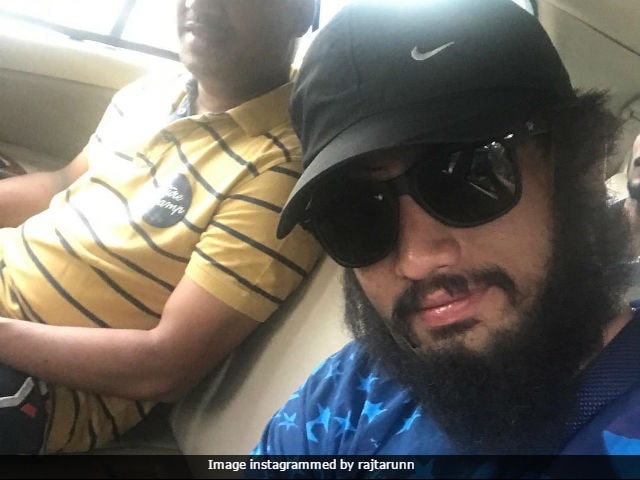 New Delhi: Actor Raj Tarun decided to take some time off his busy schedule to watch the first day, first show of Allu Arjun's Duvvada Jagannadham. The actor, who is currently shooting in and around Andhra Pradesh's Amalapuram, disguised himself so that he could watch the film without any disturbance from his fans and the paparazzi at the theatre. After watching the film, Raj Tarun decided to share the news with his fans and followers on social media. He posted a picture of himself with a friend in which he is seen sporting a fake beard and wrote: "And that's how I watched DJ this morning."

And that's how I watched DJ This morning

Raj Tarun made his acting debut in 2013 with Telugu movie Uyyala Jampala, directed by Virinchi Varma. The film, which also features Avika Gor in lead role, received a positive response at the box office. It was remade in Kannada as Krishna-Rukku and in Bengali as Parbona Ami Chartey Tokey.

In 2014, Raju Tarun won the Best Debutant Actor award at the South Indian International Movie Awards for his performance in Uyyala Jampala.

Meanwhile, Allu Arjun's Duvvada Jagannadham released in theatres on June 23. It opened to good reviews worldwide. The film managed to collect over 75 crores in four days and is expected earn around Rs 100 crore in the first week, reported trade analyst Ramesh Bala.

#dj collects over 75crs in 4 days and will collect 100cr in 1st week.. Biggest Blockbuster in our banner - Dil Raju pic.twitter.com/hn8TCbh7U7

In the US, Duvvada Jagannadham is reportedly doing better than Salman Khan's Tubelight.

Promoted
Listen to the latest songs, only on JioSaavn.com
Duvvada Jagannadham has been directed by Harish Shankar and produced by Dil Raju under his banner Sri Venkateswara Creations. The film also stars Pooja Hegde in lead role.

Duvvada Jagannadham marks Allu Arjun's third collaboration with producer Dil Raju. The duo has previously worked together in films like Arya and Parugu.