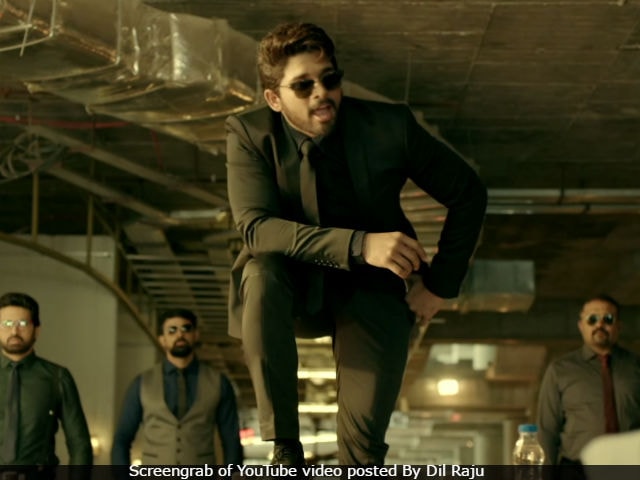 New Delhi: Actor Allu Arjun's Duvvada Jagannadham released on Friday and is off to a good start at the box office in India and USA. The film has managed to collect Rs 33 crore worldwide on its opening day. The film collected Rs 11.75 in Andhra Pradesh and Telangana, reported trade analyst Ramesh Bala. Duvvada Jagannadham released along with Salman Khan's much-awaited film Tubelight. However, its business remained unaffected across the country, according to Box Office India report. Duvvada Jagannadham was released in more 1000 screens across Andhra Pradesh and Telangana and in over 300 screens overseas. The film, which has been directed by Harish Shankar, also stars Pooja Hegde in lead role.

Allu Arjun plays a double role in Duvvada Jagannadham. One of his characters is a Brahmin priest, Jagannadham, while the other character calls himself a DJ. Pooja Hegde, who was last seen opposite Hrithik Roshan in Mohenjo Daro, plays Allu Arjun's love interest in the film. A modern, progressive thinker Pooja falls in love with Allu Arjun, the priest.

Allu Arjun will be next be seen in debutant Vakkantham Vamsi's Telugu film Naa Peru Surya Naa Illu India. The film is scheduled to release in theatres next year.