Haryana Lok Sabha Election Results: A total of 223 candidates were in contest from 10 seats. According to leads at 6:30 pm, BJP swept all 10 seats of Haryana. 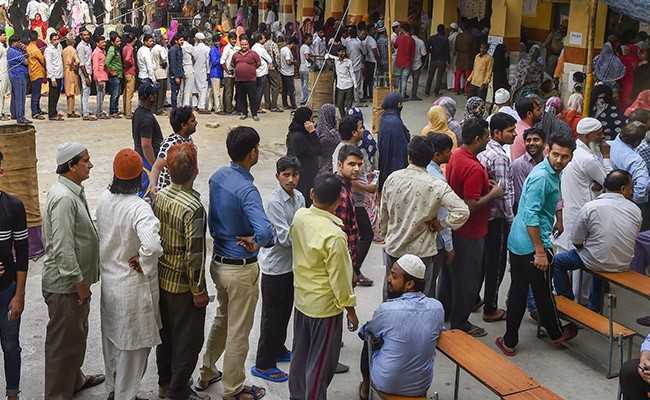 2019 Haryana Election Results will be declared late on May 23.

Haryana voted on May 12 in the sixth phase of voting for Lok Sabha Elections 2019. A total of 223 candidates are in contest from 10 seats - Ambala, Sirsa, Sonipat, Kurukshetra, Rohtak, Bhiwani-Mahendragarh, Hisar, Gurgaon, Karnal and Faridabad. Of the total number of candidates, nine are women and 87 are crorepati. The voting percentage in Haryana was recorded to be 69.5 per cent. In 2014 Lok Sabha Polls, the voter turnout was 71.4 per cent with BJP won on Congress won one seat from Rohtak and Haryana's Indian National Lok Dal, led by Om Prakash Chautala, won two seats - Sirsa and Hisar. Haryana Lok Sabha Election Results, along with all other states, will be declared by late evening. According to leads at 6:30 pm, BJP swept all 10 seats of Haryana.

Some of prominent names from Haryana BJP lawmaker Rao Inderjit Singh from Gurgaon, former Chief Minister of Haryana Bhupinder Singh Hooda from Sonipat and BJP lawmaker Krishan Pal Gurjar from Faridabad. Dushyant Chautala is seeking second Lok Sabha term for Jannayak Janata Party in Hisar. He is locked in a triangular fight with Bhavya, the grandson of late three-time Chief Minister Bhajan Lal, and Brijendra Singh who is the son of Union minister Birender Singh.

How To Check Haryana Election Results 2019