Lata Mangeshkar Birthday: Born on September 28, 1929, Lata Mangeshkar is one of the best-known playback singers in the country who has been awarded with Bharat Ratna, Padma Bhushan and Padma Vibhushan and many more. 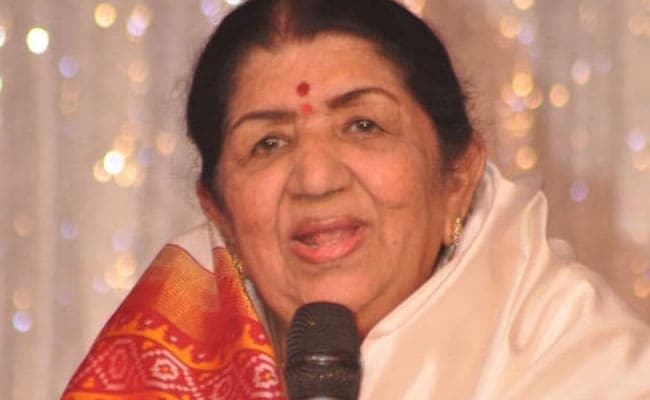 Happy Birthday Lata Mangeshkar: She has recorded songs in over a thousand Hindi films.

Fondly known as Didi and the Nightingale of India, Lata Mangeshkar rules a million hearts and her birthday is one occasion that expectedly brings on a variety of celebratory well-wishes from family, friends and fans alike. Born on September 28, 1929, Lata Mangeshkar is one of the best-known playback singers in the country.

Lata Mangeshkar has been awarded with Bharat Ratna, Padma Bhushan and Padma Vibhushan and many more. In 1989, she received the Dadasaheb Phalke Award.

Actor Dharmendra wished a Happy Birthday to the iconic singer by sharing a video message compiled by him on Twitter.

Hema Malini tweeted: "Lata didi's bday!God bless her with many more healthy years! @mangeshkarlata has brot me much joy & is an inspiration for me as she is for millions. My spl equation with her spans many yrs. It is an honour to be associated with u Didi & i treasure your love & good wishes always."

BJP leader Amit Shah shared photos of a compilation of portraits of Lata Mangeshkar from the archives of Gautam Rajadhyaksha on the eve of her birthday.

Delighted to release a compilation of portraits of Lata Didi from the archives of Gautam Rajadhyaksha on the eve of her birthday.

May God bless Lata didi with a long and healthy life. @mangeshkarlatapic.twitter.com/rRbu5eLL1h

Cricketer Sachin Tendulkar also shared a video message today in which he recalled the time when Lata Mangeshkar gave him the handwritten lyrics of the song 'Tu Jahan jahan chalega'. "You have always loved me like your son and have blessed me," he can be heard as saying.

Wishing @mangeshkarlata didi a very very Happy 90th birthday. May God bless you with the best of health and happiness. pic.twitter.com/AEWObUacuC

Lata Mangeshkar has recorded songs in over a thousand Hindi films and has sung songs in over thirty-six regional Indian languages. France conferred on her its highest civilian award (Officer of the Legion of Honour) in 2007.

The National Film Archive of India shared some glimpses of evergreen songs on Twitter sung by Lata Mangeshkar.

On legendary singer #LataMangeshkar's birthday today, revisit glimpses of few evergreen songs rendered by her in this medley.@mangeshkarlata@AkashvaniAIR@MIB_Indiapic.twitter.com/S5ZjtITcAD

President Ram Nath Kovind greeted the singer by sharing a photo on the social media website of them together with the message: "Greetings and good wishes to Lata Mangeshkarji on her 90th birthday. May she be blessed with good health, happiness and joy."

Sand artist Sudarsan Pattnaik also took to Twitter to share a beautiful work of art made by him at Puri beach in Odisha.

Some of the iconic songs by Lata Mangeshkar include "Aye Mere Watan Ke Logon", "Lag jaa gale", "Chalte chalte", "Satyam shivam sundaram" and some other compositions which will keep any music lover keep coming back for more.