Half Girlfriend Box Office: Shraddha and Arjun have co-starred for the first time in Mohit Suri's Half Girlfriend and it appears that the cine-goers are loving the new onscreen pair 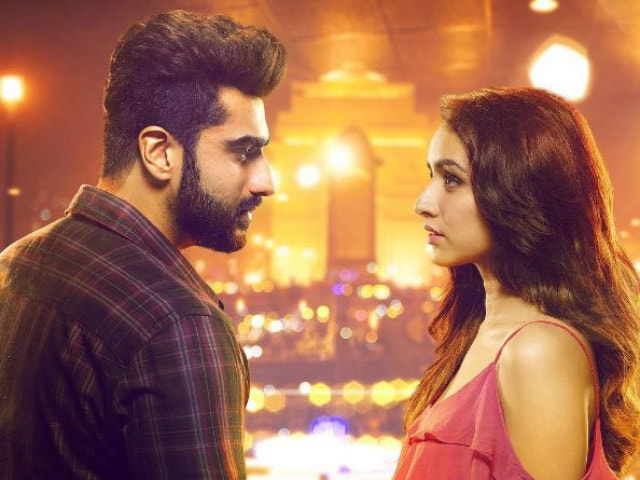 Half Girlfriend Box Office: A poster of the movie

New Delhi: Half Girlfriend, within five days of its arrival at the Box Office, has successfully collected Rs 41 crores, a shade under the half century mark. The film's consistent performance at the box office has been described as 'steady' by trade analyst Taran Adarsh. Shraddha and Arjun have co-starred for the first time in Mohit Suri's Half Girlfriend and it appears that the cine-goers are loving the new onscreen pair. On opening day, footfalls at theatres playing Half Girlfriend, resulted in ticket sales worth Rs 10 crore. So far, Sunday has been highest for Half Girlfriend in terms of single day collections.

There's been a dip in Half Girlfriend's box office score card beginning Monday but the film holds itself 'steady', like Mr Adarsh says.

Half Girlfriend is actually the fourth of Chetan Bhagat's novels to have been adapted for the big screen. It casts Shraddha Kapoor as Riya Somani, a basketball player who hails from a rich Delhi family. Her other half, Arjun Kapoor stars as the fumbling Madhav Jha from Patna, who is a basketball enthusiast. The two meet at the basketball court in the college both Madhav and Riya are part of and kicks off half a love story.

Promoted
Listen to the latest songs, only on JioSaavn.com
In his review for NDTV, Raja Sen sums up what went wrong between Riya and Madhav. "Riya is visibly fond of Madhav and loves being with him, but, at 19, is wary of the girlfriend tag and what it may entail. All systems seem go: She's making him meet her folks, she's using the word 'us' to describe them, she's initiating the first kiss, she's singing lovesongs to him across a crowded lawn. This warmth is countered by bewildering bouts of insecurity from the otherwise devoted but semantically obsessed Madhav, who disregards her affectionate requests to take things slow by manhandling her, and snapping that she should bed him or buzz off. She chooses the latter," he writes.

Half Girlfriend, which is primarily set in Delhi and has also been shot in Patna and New York, hit screens on May 19.