Gujarat Election Result: It's All About Saurashtra 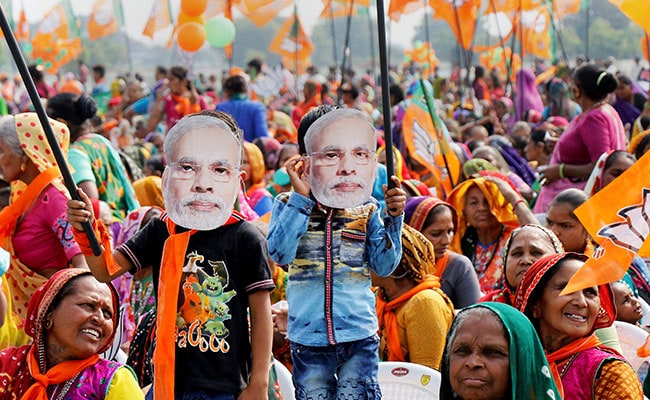 New Delhi: The BJP has won Gujarat again but was compelled to explain its lower margin of victory as the party stopped just shy of a 100 seats in the 182-member assembly in Prime Minister Narendra Modi and party chief Amit Shah's home state on Monday. The BJP needed 92 seats for a majority; it has won 99, 16 less than last time. The Congress went down fighting, winning 19 more seats than it had in 2012. The critical Saurashtra region made the difference.

PM Modi and Amit Shah flashed victory signs and celebrated winning both Gujarat and Himachal Pradesh on Monday in a 2-0 verdict against the Congress. When reminded that he had vowed to win 150 seats and sweep Gujarat, Mr Shah said on Monday evening, "When I had said 150 seats, that time we did not know that Congress would stoop so low," accusing the rival party of "caste politics and a low political discourse."

PM Modi, who carpet-bombed Gujarat with close to 34 rallies, said, "The Gujarat elections are an unprecedented election in BJP's history. Today, if any government returns after five years, it is considered a big win... Any government coming back to power has been a huge event in the last 30 years."

Congress president Rahul Gandhi accepted defeat in a tweet, but his party's senior leaders called it a "moral victory" for the Congress. 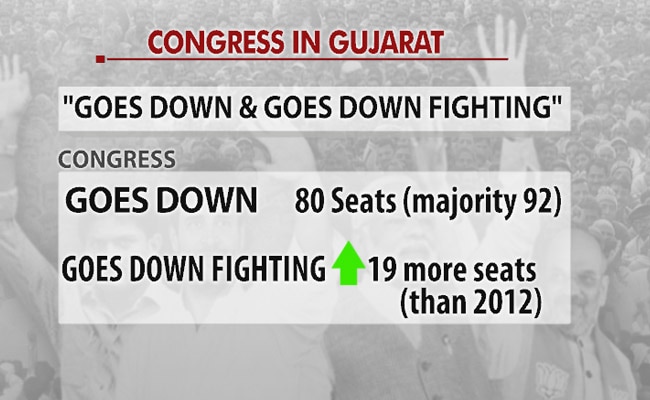 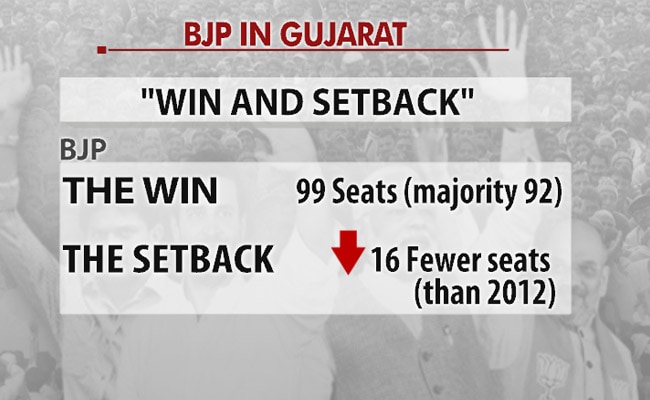 Saurashtra has a high density of Patels or Patidars, the influential community that has been loyal to the BJP for years but was upset this time over the ruling party not meeting its demand for reservation in government jobs and colleges. Congress President Rahul Gandhi partnered with young Patel activist Hardik Patel, who urged his community to reject the BJP.

Saurashtra is also 73 per cent rural. Farmers were another crucial group angry with the BJP and Mr Gandhi focused much of his Gujarat campaign on that voter base. 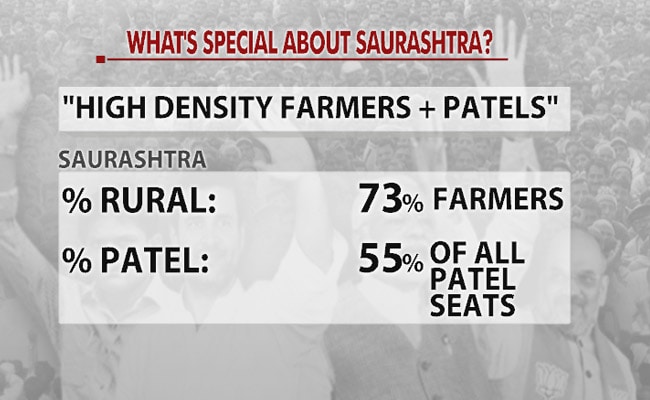 Promoted
Listen to the latest songs, only on JioSaavn.com
What does not seem to have worked for the Congress is Rahul Gandhi's attacks on the BJP over new national tax GST, which the Congress chief labelled the "Gabbar Singh Tax" after the iconic Bollywood baddie. The BJP did well in urban centres, including Patel and trader dominated Surat, where the BJP has won 16 out of 17 seats. Only in Vadodara did the Congress make a beginning, going from zero to two seats. Here are the Congress and BJP's biggest and least gains. 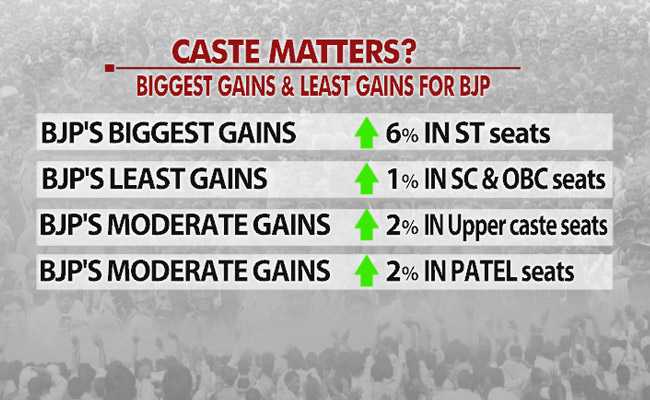 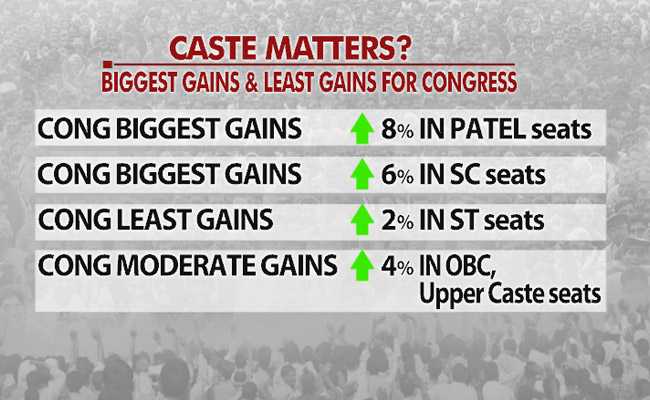