Coronavirus Hits 10 Of Andaman Tribe Of Just Over 50 People

Out of the 10, six have recovered and have been put in home quarantine, while the rest are undergoing treatment in a local hospital, officials told AFP. 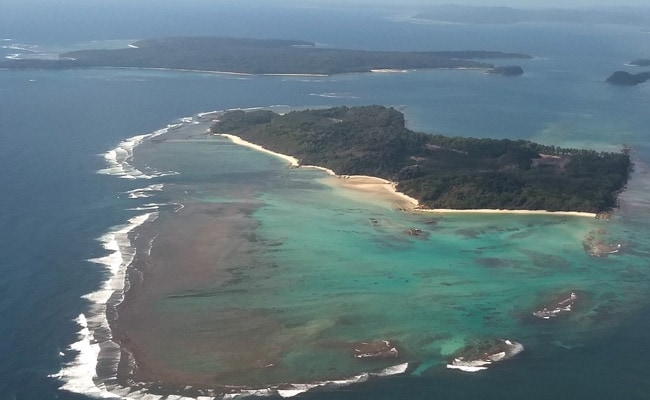 Boat Island in the Andaman Islands, a remote archipelago in the Bay of Bengal

Ten members of India's dwindling Great Andamanese tribe have tested positive for the coronavirus, officials said Thursday, fuelling concerns about the safety of the group and other indigenous people in the remote archipelago.

Out of the 10, six have recovered and have been put in home quarantine, while the rest are undergoing treatment in a local hospital, officials told AFP.

Just over 50 Great Andamanese people survive today and live on the tiny Strait Island where the government looks after their food and shelter.

The Andaman and Nicobar Islands, with a population of some 4,00,000, has reported 2,268 coronavirus cases so far with 37 deaths.

Authorities sent a team of health officials to Strait Island on Sunday after six members of the tribe tested positive in the archipelago's capital Port Blair recently.

Some of the tribe's members travel to Port Blair where they have government jobs.

"The team tested 37 samples and four members of the Great Andamanese tribe were found to be positive. They are admitted in hospital," Avijit Ray, a senior health officer in charge of the disease management in the Andamans, told AFP.

Sanjiv Mittal, a senior government officer for tribal welfare, told AFP authorities were doing their best to keep all the members safe and healthy.

Anthropologists and activists for isolated tribal communities say more than 5,000 Great Andamanese lived in the islands when British settlers arrived in the 19th century.

However, hundreds were killed in conflicts as they defended their territories from British invasion, and thousands more were wiped out in epidemics of measles, influenza and syphilis, according to Survivor International.

In recent days, concerns have grown for the safety of the Great Andamanese and other tribes, including the remote Jarawa and the Sentinelese people.

Poachers continue to invade their territory despite strict government restrictions.

In 2018, a 26-year-old American missionary seeking to convert the nomadic hunter-gatherer tribe was killed after he secretly visited the North Sentinel island.

His body was never retrieved.

Outsiders are banned from visiting the island to protect the Sentinelese way of life and avoid exposing them to infectious diseases.

As one of the most isolated tribes in the world, the Sentinelese are extremely vulnerable to diseases from outsiders, especially during a global pandemic such as the coronavirus, experts say.

"The Andaman authorities must act urgently to prevent the virus reaching more Great Andamanese and to prevent infection in the other tribes," said Sophie Grig, a senior researcher with Survival.

"The waters around North Sentinel must be properly policed and no outsiders should enter the territories of any of the Andaman tribes without their consent."

India is the third worst-hit country in the world behind the US and Brazil, with more than three million coronavirus cases.

Some 60,000 people have died from the infection so far.