All 11 Who Tested Coronavirus +ve Recovered In Andamans, Say Officials 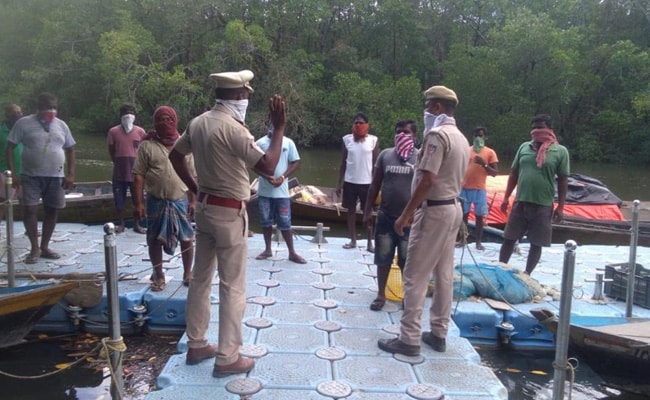 All 11 people who had tested positive for COVID-19 in Andaman and Nicobar Islands have recovered, doctors have said. "Andaman has showed the highest recovery rate with 11 out of 11 positives recovering," Andamans and Nicobar Islands DGP Depender Pathak told NDTV.

He said strict social distancing and 24x7 monitoring by the island's administration, helped by volunteers, have ensured that the Andamans become COVID-19 free.

"Eleven out of the 11 positives have recovered. We watch with caution, however, and arrangements will continue as per centre's guidelines," Andamans Chief Secretary Chetan Sanghi tweeted.

The Andamans was among a few places in India to have introduced pool testing to fight the COVID-19 pandemic. "Through this we managed to increase the canvas and ambit of testing," another officer said.

According to him, pool testing involves taking multiple swab samples in a single test. "If the combined samples test positive for coronavirus, the samples are tested individually to determine who is infected. This reduces the number of test kits being used," the officer said.

The pool testing method has been approved by the Indian Council of Medical Research (ICMR) with several states running low on kits. "Five samples per testing kit are used so far. For 100 samples, we need only 25 kits," the officer said.

There are still 225 people in quarantine facilities in the island. "We want to rule out all possibilities, so we have isolated these people. So far they have not shown any signs of COVID-19," a health department officer said.

One of the factors that worked in favour of Andamans was that the island was among the first places to detect positive cases among those who attended an event organised by the Islamic sect Tablighi Jamaat in Delhi's Nizamuddin and informed the centre.

Initially, nine who tested positive had participated in the gathering at Nizamuddin from March 19 to 23. Later, the number rose to 11.

"We were the first ones to start screening at the airport. When these people landed, we examined them at the airport and took them to hospital directly," senior police officer Depender Pathak said.