Why Govardhan Puja Is Called Annakut Puja. Know About Its Origin, History 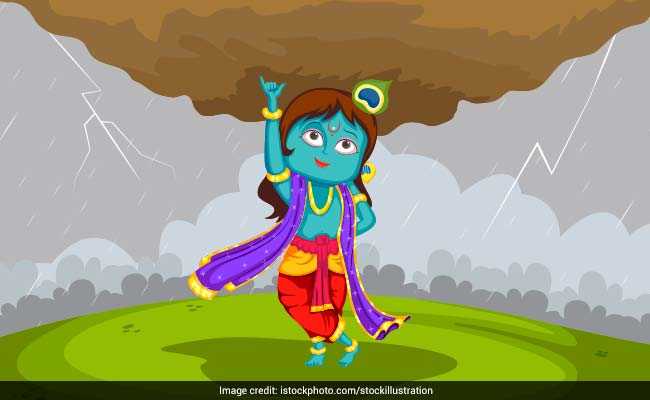 Govardhan Puja is celebrated a day after Lakshmi Puja or Deepavali festival.

Govardhan Puja is celebrated a day after Lakshmi Puja or Deepavali festival. This year, it falls on October 28, Monday, the fourth day of the 5-day Diwali festival. Diwali festivities began on Friday with Dhanteras, which are followed by Choti Diwali, Lakshmi Puja, Govardhan Puja and Bhaiya Dooj. It is one of the biggest festivals of the country and is celebrated not just in India but globally as well.
Govardhan Pooja holds special significance for the devotees of Lord Krishna, who call him Govardhan Dhari. Per a Hindu legend, Lord Krishna took the people of Braj, a place in Uttar Pradesh, under the shelter of the mighty Govardhan hill, which he picked up on his little finger, to protect them from the torrential rains. He is worshipped on Govardhan Puja, which is a day to remember and renew their faith in taking refuge in God.

A story mentioned in the Bhagavata Purana traces the origin of the Govardhan Puja. Cowherds living close to Govardhan in Uttar Pradesh used to celebrate the autumn season by paying respect to Indra, the God of rain and storm. Krishna, however, desired that the villagers worship Mount Govardhan instead as it provides natural resources to the villagers and was responsible for the natural phenomena that occur in the city of Gokul. When Indra saw the villagers' devotion diverted away from him and toward Krishna, he initiated thunderstorms and heavy rains in the city. To protect the people from the storms, Krishna lifted the Govardhan mountain on his little finger and provided shelter to the people and cattle of the city. When the people of Gokul remained unaffected, even after 7-8 days of continuous storms, Indra accepted defeat and stopped the rain.

This day is therefore celebrated as Govardhan Puja and respect is paid to Mount Govardhan and Lord Krishna. Govardhan in present Uttar Pradesh has since become a major pilgrimage site in Braj for the Krishna devotees.

It is said that since Lord Krishna held the mountain on his little finger for seven days and did not move or had any food. When the rains stopped, the villagers made up for it by cooking a lavish meal with 56 items called the "chhappan bhog". Devotees literally make a mountain of food to offer Lord Krishna, called Annakoot and that's why the day is also celebrated as Annakut Puja.