Reema Lagoo last featured in Mahesh Bhatt's television show Naamkaran. "We said goodbye to one another after making a promise to meet soon. That never happened," tweeted Mahesh Bhatt 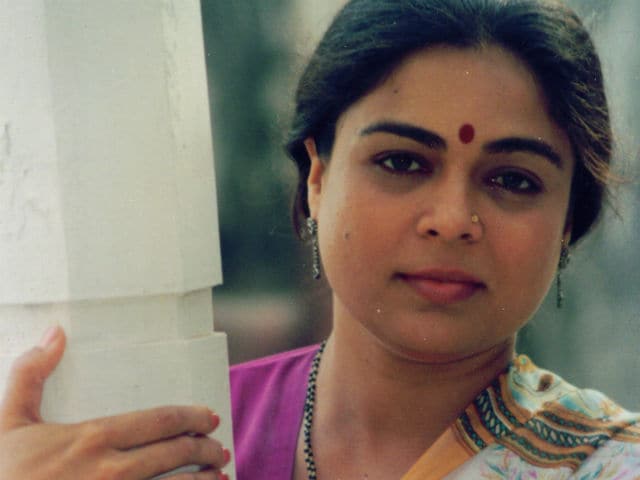 Reema Lagoo died of a cardiac arrest on Thursday

New Delhi: Veteran actress Reema Lagoo died on Thursday morning in Mumbai after suffering from a cardiac arrest. She was 59. Reema Lagoo was last seen in filmmaker Mahesh Bhatt's television show Naamkaran, in which, she played a businesswoman Dayavanti Mehta. Mahesh Bhatt condoled Ms Lagoo's death on Twitter and wrote, "We said goodbye to one another after making a promise to meet soon. That never happened. We think we have time. We don't!! Goodbye Reemaji." Reema Lagoo was admitted to the hospital on Wednesday night after she complained of chest pain. She featured in other popular television shows like Tu Tu Main Main and Shriman Shrimati.Reema Lagoo's funeral was held in the evening. Aamir Khan, Kiran Rao, Kajol, Rishi Kapoor, Sonali Kurkani and Rakesh Bedi attended her last rites.

We said goodbye to one another after making a promise to meet soon. That never happened . We think we have time.We don't!!Goodbye Reemaji.

Mr Bhatt also shared an old picture of the actress and wrote, "We said goodbye to one another over the phone with a promise to meet again. Sad that did not happen. I thought we had time. I was wrong!!"

We said goodbye to one another over the phone with a promise to meet again. Sad that did not happen.I thought we had time. I was wrong!! https://t.co/thuKezy4n7

Reema Lagoo was admitted to the Kokilaben Hospital on Wednesday after she complained of chest pain. "She was complaining of chest pain so we took her to hospital around 1 am. She passed away due to a heart attack around 3.15 am. She was perfectly fine and had no health issues...so it is really shocking for all us that she is no more with us," her son-in-law told news agency PTI.

"I am going to Reema ji's residence right now. The body has just been brought. She was the heartbeat of Naamkaran," Mahesh Bhatt told IANS.

Meanwhile, actor Viraf Phiroz Patel, who played Reema Lagoo's son in Naamkaran, shared a heartwarming note about the actress along with a still from the show on Facebook. Viraf quit Naamkaran after the show took a leap. He writes, "Strangely, late last night while you may have been grappling with your last breath I was awake going through the stills of #Naamkarann and guess what i stumbled upon? This photograph I had pulled aside, to send it to you. But now I wake up to news of you moving on to another form; another world and my hands have a strange tremble as I type this."

Promoted
Listen to the latest songs, only on JioSaavn.com
Bollywood celebrities like Amitabh Bachchan, Rishi Kapoor, Akshya Kumar, Priyanka Chopra and other remembered the actress. Reema Lagoo is survived by a daughter, Mrunmayee, a theatre actress and director.