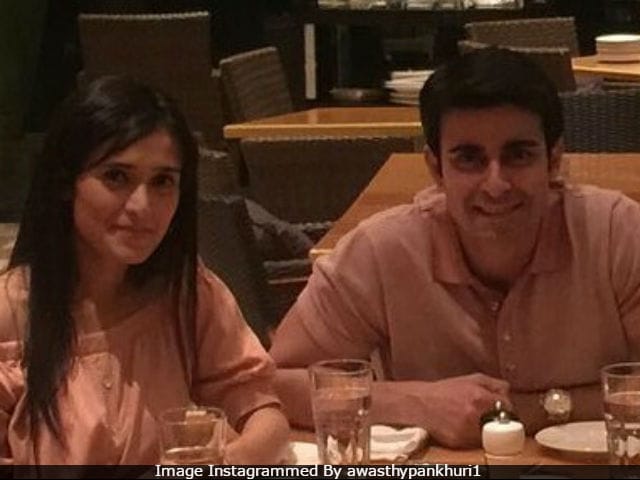 New Delhi: Television actor Gautam Rode, best-known for his role in Sanjay Leela Bhansali's show Saraswatichandra, is reportedly marrying Pankhuri Awasthy of Kya Qusoor Hai Amala Ka?. SpotboyE reports that the 39-year-old actor proposed to Pankhuri. Gautam and Pankhuri have been rumoured to be dating. However, neither has acknowledged a romance. Pankhuri features as Amala in Kya Qusoor Hai Amala Ka?. According to the report, Pankhuri, who is in her late 20s, has also met Gautam's mother. Gautam and Pankhuri first met on the sets of the mythological show Suryaputra Karn, in which, they co-starred with each other.

One of Pankhuri's fan clubs also shared their picture on Instagram with the caption, "The sweetest couple."

Both Gautam and Pankhuri have also posted some pictures on their respective Instagram accounts where they are seen hanging out with friends.

Here are the pics.

Went for 9 Parts of desire yest .Its an excellent 80 min play, wonderfully performed by my friend @iradubey . Proud of u Ira .. Go watch this play guys

Gautam was earlier rumoured to be dating his Saraswatichandra co-star Jennifer Winget after her divorce from Karan Singh Grover.

Promoted
Listen to the latest songs, only on JioSaavn.com
A couple of months ago, Pankhuri made headlines after she revealed that she 'slapped' a man who touched her inappropriately. "Earlier, I didn't have courage to stand up against it. Now I do stand up. There was this guy who came and he had the courage to touch my thighs. I slapped him then and there itself," she told new agency IANS. Pankhuri plays a rape survivor in Kya Kasoor Hai Amla Ka?. She became a household name after playing the protagonist in Razia Sultan.

Meanwhile, Gautam Rode is currently working on his film Aksar 2, opposite Zarine Khan.