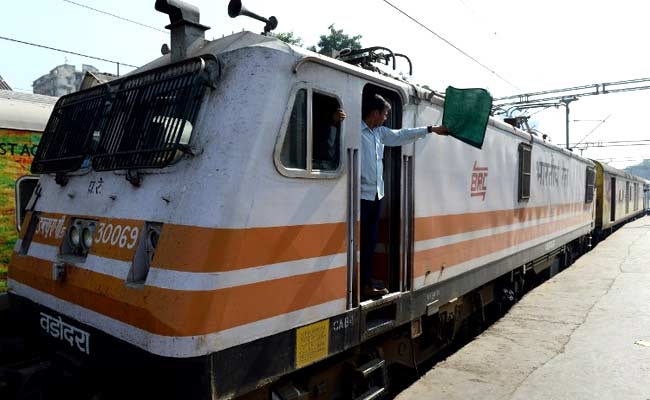 Agra: India's fastest train, the Gatimaan Express, is all set to be launched on Tuesday, opening a new chapter in the history of the Indian Railways.

The inaugural run of Gatimaan Express from Hazrat Nizamuddin, Delhi, to Agra Cantt. is scheduled for April 5, the Divisional Railway Manager's office said in a statement.

Railway Minister Suresh Prabhu will inaugurate the train at 10 am by remote from his office.

But its scheduled will be changed, making it to leave Nizamuddin railway station at 8:10 am and reach Agra Cantt. at 9:50 am, a run of 100 minutes instead of 90 as initially planned.

The train has 12 AC coaches, hostesses in each compartment, free Wi-Fi facility, automatic doors, and several other facilities to offer a comfortable train journey in specially designed coaches.

The train's fare will be more than Shatabadi Express. It will run six days a week except Friday, when the Taj Mahal is closed.