The low-lying areas along the river have submerged in water as Ganga River water level has risen. 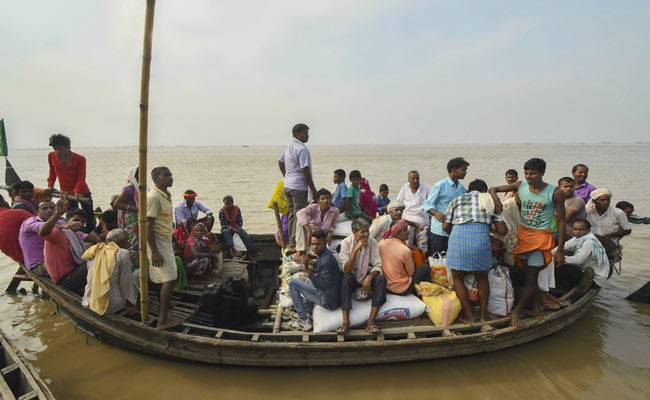 According to the district administration, the water level rose by 1.5 inches on Monday

District administration in Patna on Monday issued an alert for the low lying areas as River Ganga is flowing above danger mark.

The low-lying areas along the river have submerged in water as Ganga River water level has risen.

"Considering the safety and security of the residents, the administration has issued an alert and people are not allowed to go in the low-lying areas here. This area is on alert since September 21," said a resident.

"I have been deployed as a guard at Gandhi Ghat here. The river water level is fluctuating for a week and people are not allowed to visit the Ghats here, as directed by the District Magistrate. Ganga is flowing above danger mark here," said another local.

According to the district administration, the water level rose by 1.5 inches on Monday. Civil Defence professionals have been deployed in the area in order to control the public movement.

"It's an open area and many people including senior citizens and children visit here so it's extremely risky for them to come here in such a situation. We have been deployed here to stop the public from entering into the low-lying areas. Narmada Ghat to Krishna Ghat region has been seized," said a Civil Defence professional from the district authority.