The three members of the gang have been arrested and 60 duplicate iPhones recovered from their possession, Additional Deputy Commissioner of Police (Central Noida) Saad Miyan Khan said. 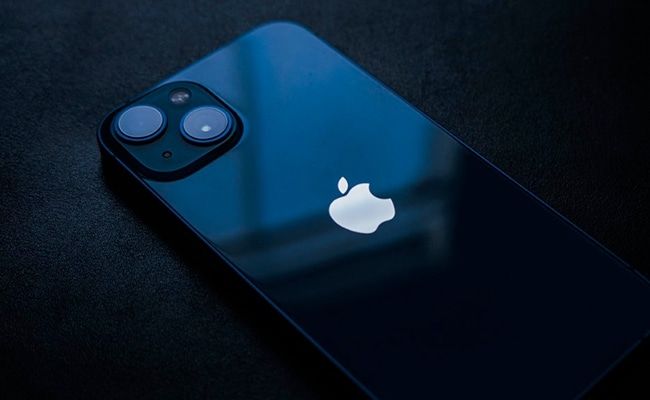 The gang offered Rs 53,000 for the premium phone. (Representational)

The Noida Police on Thursday claimed to have busted a gang of cheats which duped people by selling duplicate China-made Apple iPhones at low cost in the national capital region (NCR).

The three members of the gang have been arrested and 60 duplicate iPhones recovered from their possession, Additional Deputy Commissioner of Police (Central Noida) Saad Miyan Khan said.

According to the police, the gang lured potential buyers of iPhone 13 by offering them the premium phone for Rs 53,000, which is much lower than the model's usual market cost of around Rs 66,000.

The gang purchased duplicate phones from Delhi markets for just Rs 12,000 each but would buy genuine iPhone boxes costing Rs 4,500 from Chinese online shopping portal Alibaba along with Apple stickers worth Rs 1,000 each, the police said.

These duplicate phones along with genuine stickers and box would cost Rs 17,500 each to the gang but were then sold by them for Rs 53,000. They also used a mobile application to show an IMEI number to gullible buyers to deceive them, police added.

Those arrested have been identified as Lalit Tyagi, Abhishek Kumar and Rajneesh Ranjan, according to Mr Khan.

"The matter came to light during investigation of two cases lodged at the Sector 63 police station. The gang sold duplicate iPhones and cheated people ... The complainant in the case informed police that he was given a genuine iPhone at low price when he first purchased it from them but when he placed an order for more phones, he was sold the duplicate models," the officer said.

Mr Khan said the police have recovered 60 duplicate iPhones and Rs 4.50 lakh from the gang's possession and a Renault Duster car used by them has also been impounded.

The police team has also recovered some forged Aadhaar cards and further legalese in the matter is underway, the additional DCP said.