Akhilesh Yadav said, "The days of the Adityanath government are numbered and the countdown has already begun." 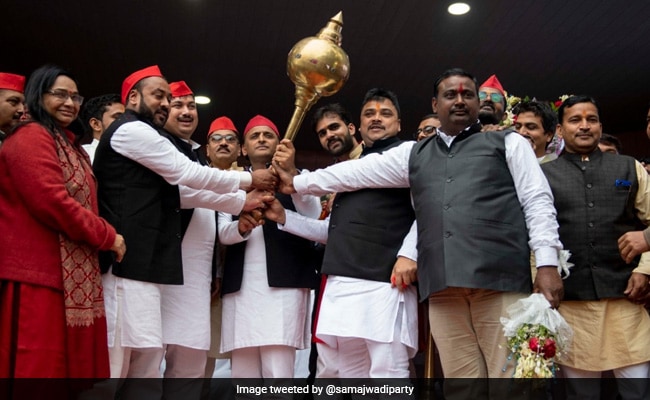 "The days of the Adityanath government are numbered," Akhilesh Yadav said.

Once seen as the right-hand man of Yogi Adityanath, at least till he became the Uttar Pradesh Chief Minister three years ago, former chief of Hindu Yuva Vahini (HYV) Sunil Singh on Saturday joined the Samajwadi Party.

Mr Singh was inducted into the SP in the presence of party chief Akhilesh Yadav and Samajwadi Party patriarch Mulayam Singh Yadav.

Some Bahujan Samaj Party (BSP) leaders also joined the SP at the party headquarters in Lucknow.

Mr Singh, along with some others were expelled from the HYV, formed by Adityanath in 2002, on charges of indiscipline in January 2017.

He had then created a splinter outfit and declared himself as its national president.

Welcoming Mr Singh and others to his party, Akhilesh Yadav said, "The days of the Adityanath government are numbered and the countdown has already begun."

He said the BJP government has slapped cases against opposition leaders for protesting against its policies.

"The government is doing injustice from day one and false cases are being lodged for protesting," said the former chief minister, adding the BJP only promoting communalism and creating a Hindu-Muslim divide.

Mr Yadav said he was happy that HYV workers were with the SP now and hoped that they would unmask the real intentions of the BJP.

On the occasion, Mulayam Singh Yadav termed the youth as the future of the SP and said that farmers, youth and traders have to be strengthened to make India a developed country.