She also said that she would also visit every part of Maharashtra once the coronavirus situation in the state improves. 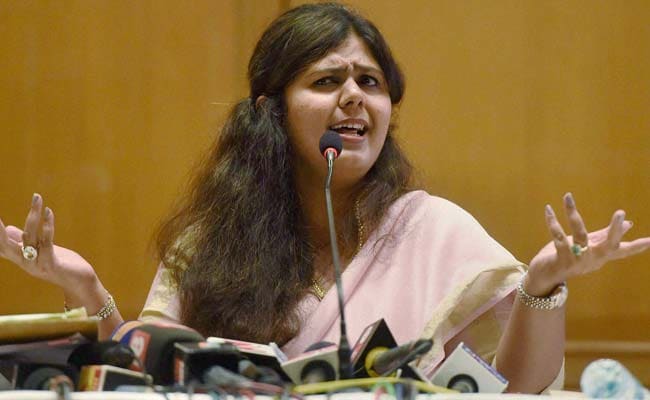 Pankaja Munde was defeated by her cousin Dhanajay Munde during the last Assembly elections. (File)

Former BJP minister from Maharashtra, Pankaja Munde, on Wednesday said that Union Home Minister Amit Shah was her leader and she would meet him soon.

She also said that she would also visit every part of Maharashtra once the coronavirus situation in the state improves.

Ms Munde was interacting with supporters on social media on the death anniversary of BJP stalwart and her father Gopinath Munde.

"I am in Mumbai and the administration had requested me not to visit Gopinathgad (memorial of Gopinath Munde in Beed district) due to COVID-19...I want to reach every corner of Maharashtra and meet everyone. I will come out once the pandemic situation improves," she said.

"Politics has changed now...My opponents tried to defame me. I didn't give any clarifications and continued to work...Keeping quiet helps in taking decisions," said Ms Munde, who was defeated by her cousin and NCP rival Dhanajay Munde from Parli seat during the last Assembly elections held in November 2019.

"Amit Shah is my leader. We keep interacting and will meet soon," Ms Munde said, adding that she had good relations with leaders of all parties.