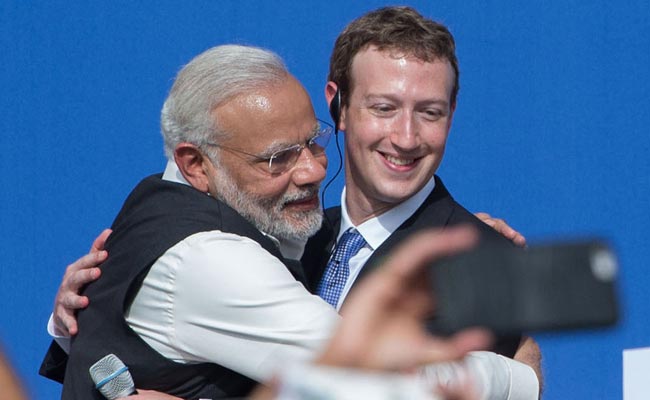 Indian authorities are circumspect because the Facebook initiative provides access to only a limited set of websites - undermining the equal-access precepts of net neutrality.

Mumbai: When Facebook's co-founder proposed bringing free Web services to India, his stated aim was to help connect millions of impoverished people to unlimited opportunity. Instead, critics have accused him of making a poorly disguised land grab in India's burgeoning Internet sector. The growing backlash could threaten the very premise of Internet.org, his ambitious, two-year-old effort to connect the planet.

Indian authorities are circumspect because the Facebook initiative provides access to only a limited set of websites -- undermining the equal-access precepts of net neutrality. The telecommunications regulator is calling for initial comments by Jan 7, extending the deadline from today, on whether wireless carriers can charge differently for data usage across websites, applications and platforms.

Losing this fight could imperil Facebook's Free Basics, which allows customers to access the social network and select services such as Messenger and Microsoft's Bing without a data plan.

"The India fight is helping shape debates elsewhere," said Pranesh Prakash, policy director at the Centre for Internet and Society, a Bangalore-based non-profit advocacy group. "Activists in other countries such as Brazil, Venezuela and Colombia are watching this debate and will seize the momentum created in India."

Zuckerberg's argument for free Web access is based in part on Deloitte research showing that for every 10 people who are connected to the Web, one is lifted out of poverty and one job is created.

Facebook argues that by giving people free access to a small slice of the Internet, they will quickly see the value in paying for the whole thing. Zuckerberg has said his biggest challenge in connecting people to the Web isn't access to cellular networks, but a social hurdle: he needs to prove to people who have never been online that the Internet is useful.

"Who could possibly be against this?" Zuckerberg wrote in an impassioned op-ed in the Times of India this week. "Surprisingly, over the last year there's been a big debate about this in India."

Zuckerberg's pleas underscore what's at stake. Facebook already attracts 1.55 billion people monthly, or about half of the Internet-connected global population. To keep growing, the world's largest social network needs to get more people online. Hence the billions of dollars Facebook is spending on projects to deliver the Web to under-served areas via drones, satellites and lasers. And Internet.org, which now spans 37 nations.

India, as the world's second most populous nation, is arguably the most important piece of Zuckerberg's Free Basics strategy. But the opposition is fierce. Critics note that the Facebook service doesn't offer Web favorites such as Google's search. Facebook has said it would be open to adding more features from competitors, but critics are skeptical of giving the social-networking giant such influence on the Internet.

Critics also say that by offering a limited swath of the Internet at comparatively slow speeds, the company is creating a diluted version of the Web. That could stifle innovation by causing disadvantages for Indian startups building rival apps, or allow Facebook and its telecommunications carrier-partners to act as Internet gatekeepers.

In a sign of the importance he attaches to the issue, Zuckerberg on Tuesday called one of India's most prominent entrepreneurs to make his case.

One97 Communications, the mobile payments startup backed by Alibaba Group Holding, is one of several tech companies that have come out against Facebook's plans.

"We are totally against telcos preferring one developer over another," One97 founder Vijay Shekhar Sharma said in a phone interview before that call. "We are asking for access neutrality. We are hoping that all startups will be treated equally."

Facebook is now scrambling to drum up support. It's started a "Save Free Basics In India" campaign, asking Indian users to support "digital equality" by filling out a form that shoots an e-mail to regulators. That also has the effect of sending notifications to user's friends unless they opt out.
Facebook has also taken out full-page advertisements, including one featuring a smiling Indian farmer and his family who the ads say used new techniques to double his crop yield.

While countries such as the Philippines have embraced Free Basics, India has been "the outlier and more challenging," Chris Daniels, vice president of Internet.org, said in a Dec. 26 chat on Reddit.
Comments
FacebookMark ZuckerbegFree BasicsPM ModiModi Facebooknet neutrality