Justice Prathiba M Singh perused two status reports filed by the NBSA and the ministry on the action already taken. 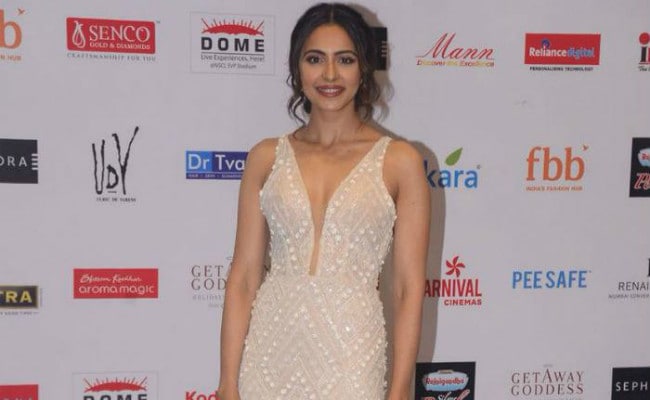 Some news reports had linked Rakul Preet Kaur to an alleged drug case.

The Delhi High Court Thursday directed the Ministry of Information and Broadcasting to file a status report on the action taken against various TV channels which are not members of the News Broadcasting Standards Association (NBSA) for alleged violation of the Cable TV Networks (Regulation) Act in their news reports connecting actor Rakul Preet Singh with the Rhea Chakraborty drug case.

Justice Prathiba M Singh perused two status reports filed by the NBSA and the ministry on the action already taken.

While the ministry, represented through central government standing counsel Ajay Digpaul, said that necessary action has been initiated against the channels and further advisory has been sent to all private channels to adhere to the guidelines under the Cable TV Networks (Regulation) Act,

The High Court directed that if the petitioner has details of the channel links, it may be provided to the ministry for appropriate action and regarding the content that has already been taken down by the channels, the ministry was to obtain it directly from the channels.

It asked the ministry to file within six weeks another status report after necessary action is taken against erring channels under the Cable TV Networks (Regulation) Act and listed the matter for further hearing on May 20.

Advocate Aman Hingorani, representing the actor, submitted that the ministry ought to take action against non-NBSA members under the Act and added that some of the links to the objectionable material, which was broadcast, have been taken down by certain media channels.

He said the petitioner would not be able to access such material to provide information to the ministry and it shall directly take the information from the channels.

The actor in an application filed earlier has sought an interim order against the media till the time the Narcotics Control Bureau (NCB), Mumbai, completes the investigation in the drug case and files an appropriate report before the competent court.

The high court on September 17 last year, had said that the leaks to the media need to be investigated as "someone's reputation is totally destroyed by this".

The NBSA in its orders of December 9, 2020 against various TV channels, has observed that several news reports were based on information received from NCB which has not issued any statement disputing the same.