Family Of Ex-Army Officer, Who Committed Suicide In Tihar, To File Case Against Cops

Captain Mukesh Chopra, who was discharged from service in 1983, was arrested on November 2 after being accused of stealing some books on China from the Delhi Cantonment library. 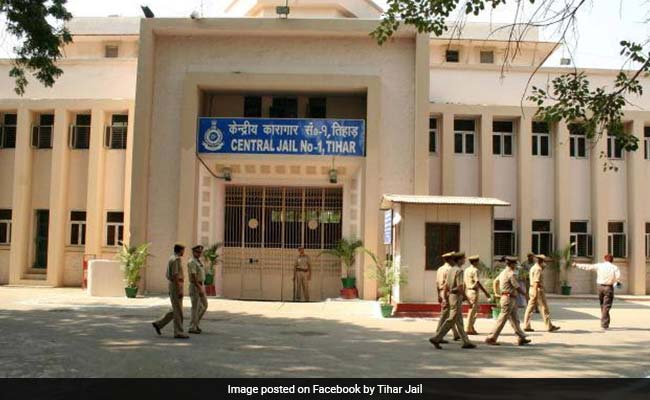 The Tihar jail officials have denied charges of negligence. (Representational)

The family members of a former army captain, who was arrested earlier this month and allegedly committed suicide inside the Tihar Jail recently, have claimed negligence by prison authorities.

However, the officials have denied the charges.

Captain Mukesh Chopra, who was discharged from service in 1983, was arrested on November 2 after being accused of stealing some books on China from the Delhi Cantonment library.

Jail officials said that he had died after jumping off from the first floor of a building on November 7, but the family claimed that he had fallen off the stairs and was not provided immediate medical aid.

They also alleged that he had been wrongfully accused of having links with China and was being interrogated for it.

According to the FIR registered against Mukesh Chopra on November 1, he had entered the Centre for Land Welfare Studies (CLAWS), situated at Parade Ground in Delhi Cantonment area, and left the premises after 30 to 40 minutes.

Later, the librarian found some books missing and while checking the CCTV footage, it was found that Mukesh Chopra had stolen them by carrying them inside a newspaper, the police said.

When the former colonel was attending CLAWS seminar at Manekshaw Centre, he was confronted by army authorities and the nine books, which were stolen from the CLAWS library, were recovered from his possession, the police said.

The captain was arrested the next day by the police.

Rangesh Chopra, the elder brother of Mukesh Chopra, said: "Mukesh and other prisoners were going for counselling at around 10 am when he fell off the stairs on November 7."

"It is a clear case of negligence by jail authorities and we will file a case against them," said Deepak Tyagi, the lawyer of Mukesh Chopra.

However, jail authorities rejected the charges.

"When the incident occurred, the victim was immediately rushed to hospital for the medical assistance within half an hour. There was no case of negligence in this," said a senior Delhi Prison official.

The body of the victim was preserved at Safdarjung Hospital from where, it was shifted to Lady Hardinge Hospital for post-mortem which would be conducted on Wednesday, the officials said.