"If Indira Gandhi Was Praised For 1971 War, Why Not PM": Rajnath Singh 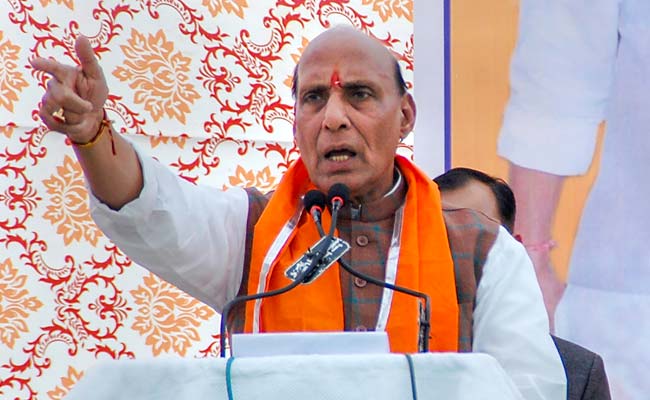 Union Home Minister Rajnath Singh Monday hit out at the opposition for not appreciating Prime Minister Narendra Modi for the surgical and air strikes on Pakistan and reminded them of the praise showered on Indira Gandhi by Atal Bihari Vajpayee after the victory in the 1971 war.

"When India defeated Pakistan in the 1971 war, our leader (Vajpayee), despite being in the opposition, praised then Prime Minister Indira Gandhi. It showed Atalji was large-hearted," he said.

"I want to ask Congressmen when (Indira) Gandhi can be praised for the 1971 victory, then why not Modi for giving a befitting reply to Pakistan," he said.

There was a power outage during his speech, leading to Mr Singh ridiculing the Congress, calling it an example of its governance in the state.

Early in the day, Madhya Pradesh Chief Minister Kamal Nath faced embarrassment when power tripped while he was casting his vote in Chhindwara.

Rajnath Singh said the NDA government would eradicate poverty if given another five-year term.