"Special cutlery has been made for US President and his wife. This ''Trump Collection'' has some new designs," 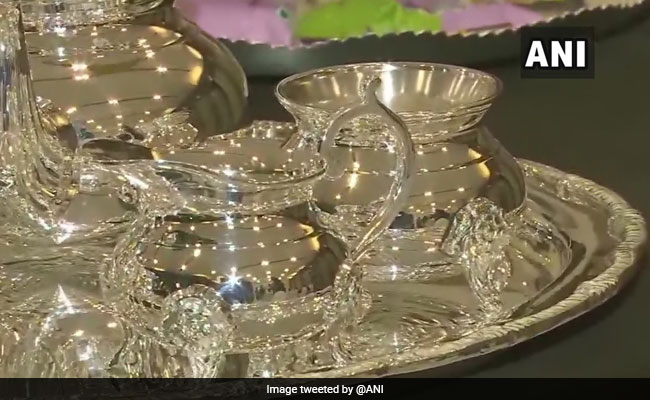 A Jaipur-based cutlery designer, Arun Pabuwal, has designed an exclusive set of gold and silver-plated tableware for the personal use of US President Donald Trump and wife Melania during their India. He has named it ''The Trump Collection''.

"Special cutlery has been made for US President and his wife. This ''Trump Collection'' has some new designs. Such special cutleries were also made for the then US President Barack Obama when he visited India in 2010 and 2015," Mr Pabuwal told news agency ANI.

The designer said there is always a different design of cutlery for the visiting US Presidents.

This is the third time in a row that Mr Pabuwal has made exclusive tableware for the personal use of visiting American presidents.

"In this, non-ferrous metals are used to make the cutleries which include copper and brass. Later, a layer of pure gold and silver is put on them. We got the order three weeks back," the designer said.

He said the tableware is likely to be used during President's stay in New Delhi.

Mr Trump will be on a two-day visit to India from February 24 at the invitation of Prime Minister Narendra Modi.