The special investigation team of Delhi Police's Crime Branch had arrested three staff members of the DAV School in Una in connection with the case. 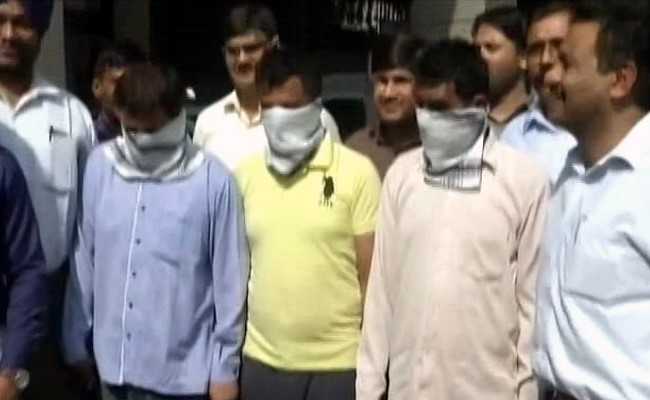 New Delhi: The Delhi Police will take the three arrested accused in the CBSE Class 12 Economics paper leak case to Una in Himachal Pradesh to reconstruct the sequence of events and question some more people there, sources said.

The special investigation team of Delhi Police's Crime Branch on Saturday arrested three staff members of the DAV School in Una in connection with the case.

"The trio will be taken to Una, possibly tomorrow, to reconstruct the entire scene. The investigation so far has revealed that the paper was leaked from there, although it went viral through around 40 WhatsApp groups in Delhi, Haryana, Punjab and maybe other states," said a senior Delhi Police officer.

The paper was allegedly leaked by DAV School's economics teacher Rakesh Kumar, with the help of his colleague Amit Sharma, a clerk and Ashok Kumar, a peon of the school, three days before the Economics paper was scheduled on March 26.

"We will question the manager of the Union Bank of India as well as the principal of the Navodaya Vidyalaya in Una, where Rakesh was a superintendent of the CBSE exam," he said.

A hand-written copy of the economics paper was then sent to many through 40 WhatsApp groups.

Promoted
Listen to the latest songs, only on JioSaavn.com
"We will also question the students who got the hand-written copy of the paper. The student in Una, who copied the paper in her handwriting and who was being helped by Rakesh, will also be questioned," the officer said.

The Crime Branch will also question a female relative of Rakesh in Chandigarh, whom he had allegedly sent the hand-written question paper through WhatsApp. Two other women, who were sent the paper by the relative, will also be questioned, he added.