Heavy rainfall is expected at some places in south coastal Odisha's Gajapati, Ganjam, Puri and Jagatsinghpur districts from Wednesday. 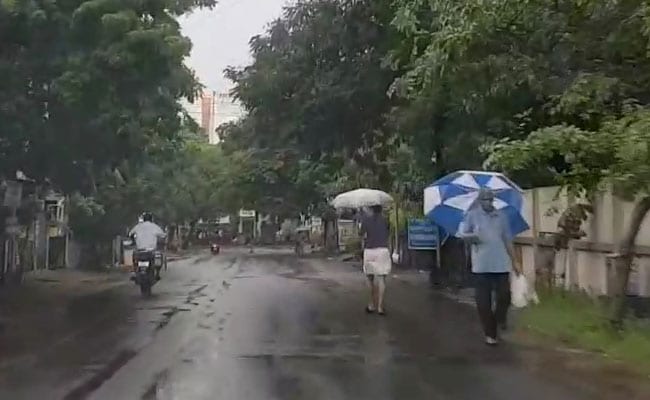 The depression over the Bay of Bengal intensified today and moved towards Odisha-Andhra Pradesh coast before taking the shape of a cyclonic storm, the India Meteorological Department (IMD) said.

"It is very likely to move west-northwards for some time and then north-westwards and cross Odisha and adjoining north Andhra Pradesh coast between Gopalpur and Kalingapatanam around morning of October 11," director of the meteorological centre in Bhubaneswar, HR Biswas, told PTI.

He said the system is very likely to re-curve north-eastwards, move towards Gangetic West Bengal across Odisha and weaken gradually.

Heavy rainfall is expected at some places in south coastal Odisha's Gajapati, Ganjam, Puri and Jagatsinghpur districts from Wednesday.

According to the weather department, Ganjam, Gajapati, Puri, Jagatsinghpur, Kendrapara, Khurda, Nayagarh, Cuttack, Jajpur, Bhadrak and Balasore are expected to receive heavy to very heavy rainfall from Wednesday and Thursday.

Fishermen have been advised not to venture into the sea along and off Odisha coast and central and north Bay of Bengal till October 12.

The Meteorological (MeT) centre also advised hoisting of Distant Cautionary Signal No 1 at all ports of Odisha.

The state government was cautioned about possible floods in view of heavy rainfall. It also issued a storm surge warning.

District collectors have been asked to remain alert and make necessary arrangements to shift people from the low-lying areas.

(Except for the headline, this story has not been edited by NDTV staff and is published from a syndicated feed.)
Comments
Odisha floodsCycloneAndhra Pradesh