Actor Jacqueline Fernandez has been named in a chargesheet by the Enforcement Directorate in a Rs 200 crore extortion case, linked to jailed conman Sukesh Chandrashekar 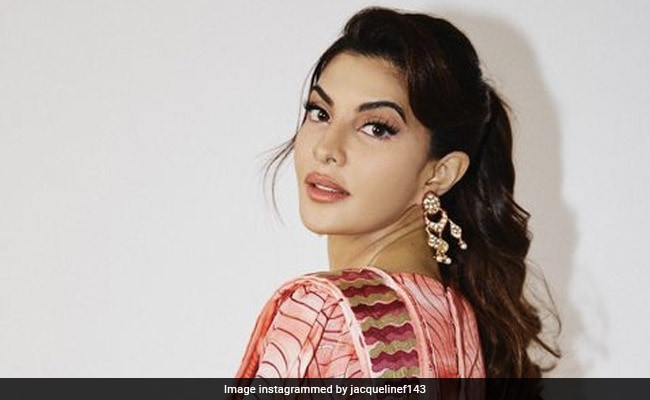 Actor Jacqueline Fernandez has written a note to herself on Instagram

Actor Jacqueline Fernandez has shared a note - "Dear me" - posted by an Instagram community run by her that has 1.18 lakh followers, after she was named in a chargesheet by the Enforcement Directorate in a Rs 200 crore extortion case, linked to jailed conman Sukesh Chandrashekar.

"Dear me, I deserve all good things, I'm powerful, I accept myself, it'll all be okay. I'm strong, I will achieve my goals and dreams, I can do it," Ms Fernandez posted. 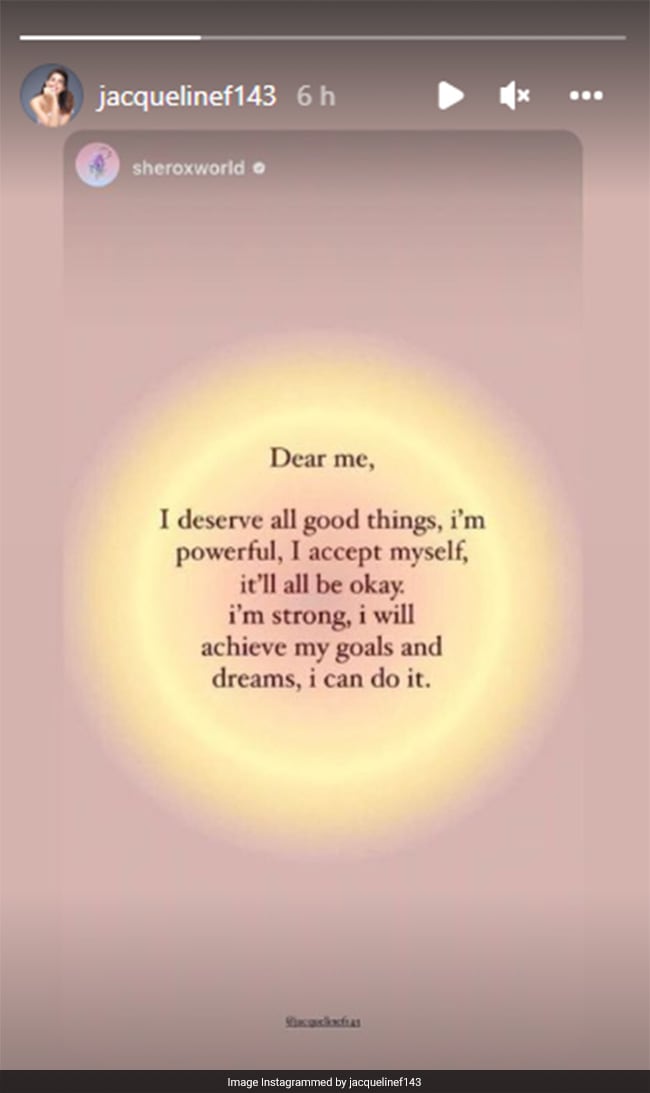 The actor has been named in a supplementary chargesheet filed in a Delhi court by the Enforcement Directorate, or ED, which is probing a money trail in the extortion case linked to Chandrashekar.

Chandrashekar was arrested by the Delhi Police for allegedly extorting Rs 215 crore from Aditi Singh and Shivinder Singh, the former promoters of pharmaceutical giant Ranbaxy.

Ms Fernandez's Instagram story post first appeared in an account called "SheRoxworld", a blue-tick online space run by her that has 1.18 lakh followers. "SheRox is a safe space made by us, all for you. A place where everyone belongs and is invited to find the magic within," the account's description reads.

A horse worth Rs 52 lakh and a Persian cat worth Rs 9 lakh were among gifts worth Rs 10 crore given by the conman to Ms Fernandez, Enforcement Directorate sources have said. The 36-year-old actor, in her statement recorded by the Enforcement Directorate last year, had said she received Gucci and Chanel designer bags and clothes, and a bracelet of multi-coloured stones from Chandrashekar.

Ms Fernandez was aware that the gifts were bought from the proceeds of extortion, probe agency sources have said. Chandrasekhar had put Pinky Irani, his longtime associate and co-accused in this case, to deliver the gifts to her.

Ms Fernandez is a Sri Lankan national and made her debut in the Hindi film industry in 2009. A total of eight people including Chandrasekar's wife Leena Maria Paul have been arrested in the case so far.