Dangal Wins China: Why Aamir Is Truly The Alpha Khan Of Bollywood 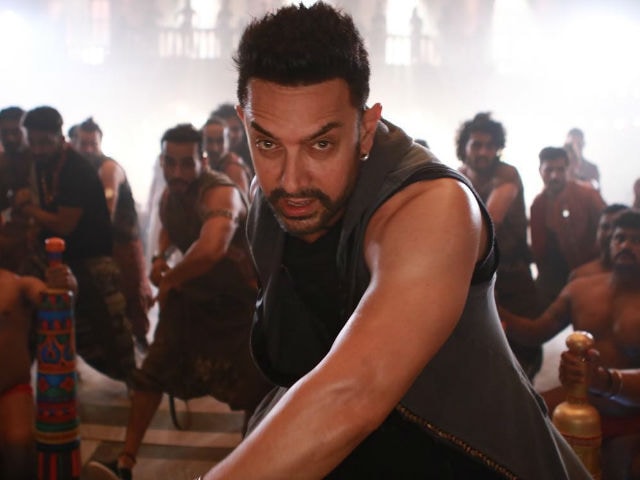 New Delhi: Aamir Khan's Dangal has blossomed anew - the film's Chinese business has sent numbers rocketing skywards. Months after it stormed the box office at home. Forbes reports that business in China has been so exemplary that Dangal has now become the first Indian film to make over Rs 2,000 crore worldwide. Aamir is Alpha Khan in China, and at home too, if you consider the bottomline - despite being relatively low-key in comparison to Shah Rukh and Salman, its Aamir to whom the titles of Baadshah, Sutan and other superlatives should be applied. The alphaness of Aamir has lately depended on his Chinese market, where previous films like PK also did well, if not as spectacularly as Dangal.

It is more than a little ironic that Dangal, when it released in China in May, occupied 9,000 screens - that's more than the total number of screens India possesses as a whole. China's screen count is 40,000-odd, many times that of India's estimated 8,500 screens. Dangal's Chinese opening the widest ever of an Indian film, practically guaranteed to massively boost the film's collective business. It helped that Aamir Khan's performance as an ageing out-of-shape wrestler has been deemed his finest work - and Aamir is much appreciated in the Land of the Red Dragon.

Indeed, it is the Aamir factor that China adores so, aside of the greater number of screens and the high visibility that Indian films increasingly receive overseas. Trade analyst Komal Nahta told NDTV.com, "There are more cinemas in China, that's the first point. Chinese market has opened only for Aamir Khan's films. Even Baahubali 2 did decent business but the films that have done well in China are PK, Dhoom: 3, and now Dangal. The Chinese market has not opened for any other actor the way it has for Aamir. For them, Indian movies means Aamir Khan."

Trade analyst Taran Adarsh explained why Dangal, the true story of how a Haryanvi wrestler trained his daughters in his sport, struck such a chord. "Not all films are doing well in China, only films with good content are doing well. If the content is strong and stories are touching people's hearts then new markets will open. Emotions are universal. In 1997, when Titanic released, it did great business in India and an English film celebrated Silver Jubilee. People who couldn't understand English went to watch it in English because they could identify with the emotions," Taran Adarsh told NDTV.com.

Promoted
Listen to the latest songs, only on JioSaavn.com
Aamir, 52, is conscious of his box office draw in China - last year, he personally visited the country and presided over a grand premiere of PK. Dangal, placed fifth on the list of highest-grossing non-Hollywood films in the world by Forbes, has been watched at the very highest level there - Chinese premier Xi Jinping told Prime Minister Narendra Modi at an international summit recently that he had seen and liked the film, and that it was doing very well.

Dangal has outperformed every other Indian film, even the redoubtable Baahubali 2. Aamir Khan, who only does a film a year and sometimes even less frequently, hasn't delivered a flop since 2001's Lagaan, with the exception of Mangal Pandey: The Rising. Of the trifecta of Khans who still occupy Bollywood's topmost berth, Aamir has the distinction of being able to deliver both critical acclaim and commercial success in one film, from Rang De Basanti and 3 Idiots to Talaash and now Dangal. It is a singularity achieved by few others.