Dangal China Box Office: This week marks Dangal's second week run at the theatres and the blockbuster wrestling drama is in no mood to slow down 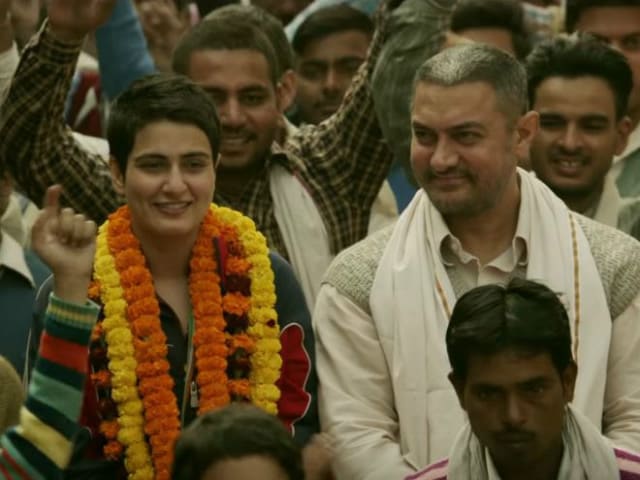 Dangal China Box Office: A still from the movie

New Delhi: Dangal is being loved in China. Here's proof. Aamir Khan's Dangal released across 9,000 theatres in China earlier this month and has already made over Rs 450 crores, reported trade analyst Taran Adarsh. This week marks Dangal's second week run at the theatres and the blockbuster wrestling drama is in no mood to slow down. Dangal kicked started its second week in the Chinese theatres with a score of almost Rs 8 crores on Monday. "Dangal has an incredible second Monday in China. Refuses to slow down. All set for Rs. 500 crores," Mr Adarsh had tweeted. Let this be known that Dangal has already reached up to the status of Baahubali 2, becoming the second Indian film to have scores more than Rs 1000 crores at the box office.

This is what Taran Adarsh tweeted on Wednesday:

Promoted
Listen to the latest songs, only on JioSaavn.com
Dangal released in India during Christmas last year, when the fate of the film was still being anticipated by trade analysts and the makers. Just a day ahead of Dangal hit theatres, Aamir Khan, who confessed to being extremely nervous, told reporters: "Numbers do not matter to me, neither do awards. The audience liking my film is equivalent to winning an award for me."

This year, Dangal opened the Beijing Film Festival in China and later released as Shuai Jiao Baba, which translates in English as 'Let's Wrestle, Dad.' Aamir Khan co-stars with Fatima Sana Shaikh, Sanya Malhotra and TV star Sakshi Tanwar in Dangal, which is directed by Nitesh Tiwari and based on Haryanvi wrestler Mahavir Singh Phogat.