Dalit Woman In Ahmedabad Attacked For 'Sitting On Chair' At School

According to the FIR registered at Kath police station, Jayraj Vegad, a local resident, was infuriated to see that Pallaviben Jadav was sitting on a chair while doing her work. 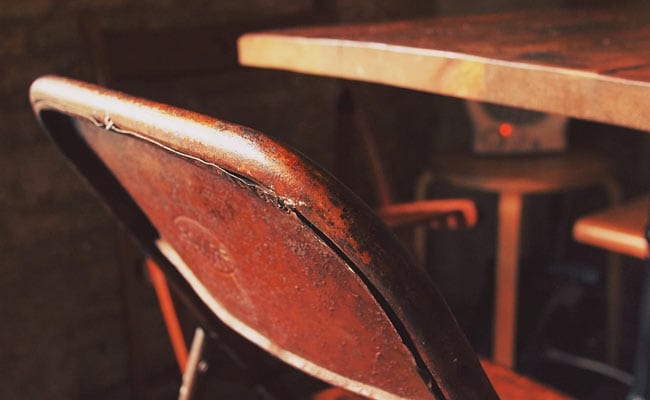 The woman had been assigned the task of distributing Aadhaar cards

Ahmedabad: A Dalit woman was allegedly attacked by a mob for sitting on a chair at a school in a village in Gujarat's Ahmedabad district, police has said. The incident took place at Valthera village two days ago.

45-year-old Pallaviben Jadav, who works at an Anganwadi (government-run nursery school), had been entrusted the task of distributing Aadhaar cards, police said.

According to the FIR registered at Kath police station, Jayraj Vegad, a local resident, was infuriated to see that Pallaviben Jadav was sitting on a chair while doing her work.

Being a Dalit how she dared to sit on a chair, he asked her and kicked the chair, causing her to fall, as per the complaint lodged by Pallaviben Jadav's husband Ganpat Jadav.

Later, Jayraj Vegad and some 25 others went to the woman's house in the evening and allegedly attacked her, her husband and some other family members with sticks and sharp weapons.

Koth police registered a case under booking the accused for attempt to murder and dacoity, and also under the SC-ST (Prevention of Atrocities) Act.

The accused belong to the Karadia Rajput community which falls in the OBC category, police said.

"It was also alleged that the accused snatched away Pallaviben's mangalsutra. The accused also allegedly tried to set one of Jadav's relatives on fire," said PD Manvar, Deputy Superintendent of Police, SC/ST Cell, Ahmedabad.

Promoted
Listen to the latest songs, only on JioSaavn.com
PD Manvar, who is investigating the case, said three persons were arrested today.

Bharat Vegad, one of the accused named in the police complaint, later filed a complaint against Pallaviben Jadav and her husband, alleging that it was the couple and their relatives who attacked him and others, the senior police officer said.